It’s that time of year when we think about and celebrate the things we are thankful for, and there is no shortage of things to be thankful for when it comes to our 320,000+ alumni across the globe. With this selection of top 18 reasons we love our alumni worldwide, we thank you!

Tell us what you're thankful for with #LoveColumbia on social media.

5 Ways To Structure Your Networking Pitch

If you’ve thought about making a career change or sought job advice recently, you may have come across the Columbia Career Coaches Network – a group of over 20 accredited professional alumni career coaches who provide fee-based consulting and volunteer for the Columbia Alumni Association’s free professional development programs throughout the year.

One of those coaches is career expert Caroline Ceniza-Levine '93BC who is also a regular contributor for Forbes and Money and Time.  Earlier this year, Caroline wrote about ways to structure your networking pitch, an important asset to develop at any professional level.

Check out Caroline’s advice below:

You might have seen Shakespeare in the news recently. Over 400 years ago, the Bard published three of his most famous tragedies (King Lear, Macbeth, and Antony and Cleopatra). Shakespeare's prolific year is the subject of a new book by James Shapiro ’77CC, The Year of Lear: Shakespeare in 1606.

The Columbia University Club of New York and the Columbia Alumni Association (CAA) are hosted a special conversation with Shapiro about his new book in November 2015. To listen to an excerpt from his lecture, check out the podcast.

The book received a slew of praise from various publications, including The Wall Street Journal, The Washington Post, and The Sunday Times.

Columbia News also posed five burning Shakespearean questions to Shapiro that you can check out here.

Amidst this publication news, there has been a flurry of Shakespearean controversy and Shapiro has been at the forefront of the debate.

It's what we call a win-win situation. 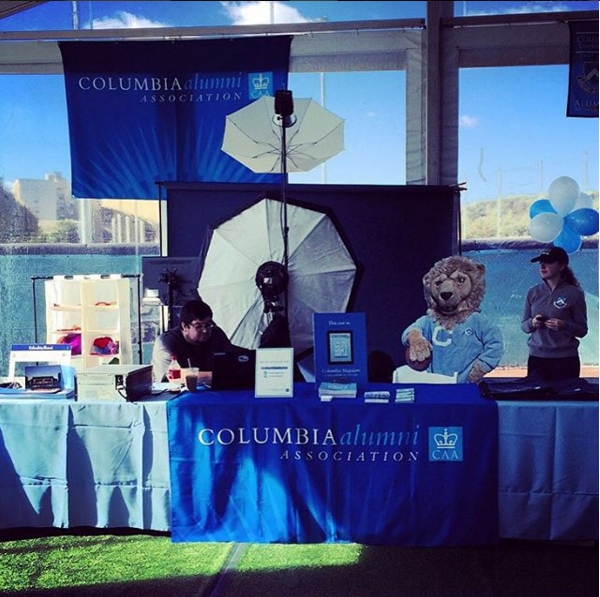 Each year, the Columbia Alumni Association (CAA) helps bring together thousands of alumni across all schools to Columbia sporting events throughout the year, a natural way to connect back to Columbia University.

Columbia Business School alumni are having lots of success in the startup world.

Hurricane Joaquin Another Sandy? Not so Fast, Says Columbia Professor

Although some forecasters have deemed Category 4 Hurricane Joaquin the next Hurricane Sandy, they might be speaking too soon.

GSAS Alumna Dr. Marina A. Rustow and Columbia associate professor Kartik Chandran are in excellent company. They are two of the 24 recipients of this year's "genius grant" awards from the John D. and Catherine T. MacArthur Foundation.

The "genius" nickname stems from the unparalleled freedom attached to it. The grant comes with $625,000 over the next five years.

Columbia Alumni Inducted into Crain's Hall of Fame: Read Their Secrets of Success

Two Columbia Business School alumni and a Columbia College graduate recently were inducted into the prestigious Crain's Hall of Fame 2015.