An Alumni Reflection from the Paralympic Games

Jason Rizzi '14SPS gives fellow alumni an inside look at the 2016 Paralympic Games.

Hello from Rio de Janeiro and the 2016 Paralympic Games!

Picture this: It's last Thursday night, the flight attendant on United Airlines gets on the speaker, and the first thing she says is, "We would like to welcome our 121 Team USA Parathletes traveling on the flight tonight from the United States down to Rio for the 2016 Paralympic Games. We are honored to have you on the plane this evening and hope you bring home many medals!"

Instant goosebumps. I immediately sit up a little bit taller in my seat knowing that I am also a member of Team USA. I am beyond proud, happy, nervous, excited, and most of all thrilled that we are headed to Rio for the Para Games. 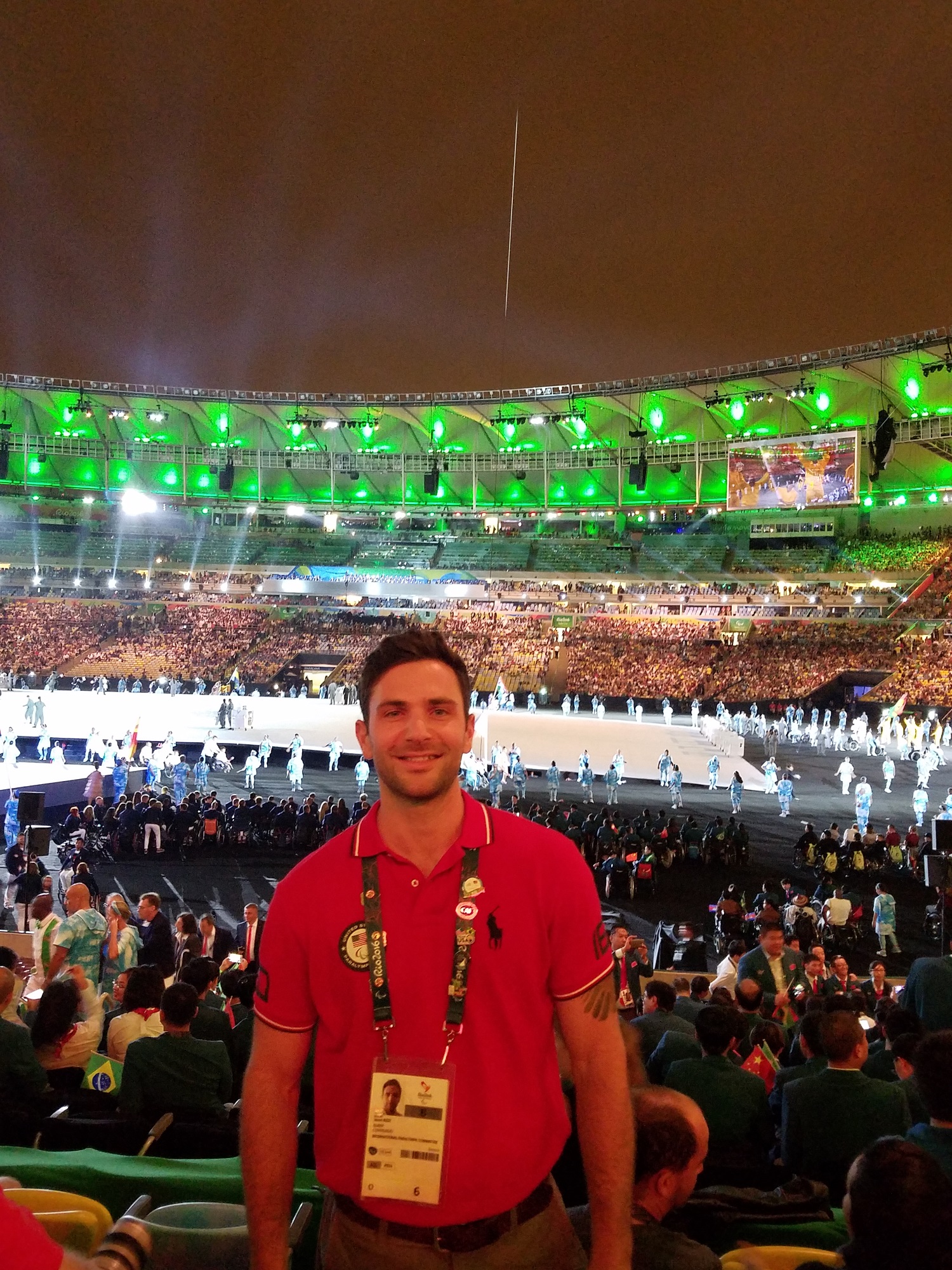 I've been here in Rio for one week now, and I've had the amazing and fortunate opportunity to not only meet many of our world class Team USA Paralympians, but also those guests who we are hosting for the Games that make so much possible for our athletes through crucial support. It goes without saying here at the Team USA hospitality HQ that our athletes are simply amazing; inspiring, motivating, dedicated, determined, and relentless.

The other night during the Paralympic Opening Ceremony, and more specifically during the Torch Relay, Marcia Malsar—the first-ever Paralympic gold medalist from Brazil, fell while walking the Flame around Maracana Stadium. It started raining, then pouring, but she was determined, cane in hand, to deliver the torch to the next parathlete.

It was evident that she was slowing down as the rain picked up, and even more so that the ground was becoming too slick for her cane to grip the pavement. Then in a heartbeat moment, the entire stadium went quiet. Marcia fell down and the torch went rolling on the ground... What happened next not only brought tears to my eyes, but also defined the entire spirit of the Paralympic Games. Marcia got back up with the help of two Rio staff members, and every single person in the stadium rose to their feet loudly cheering to show their support. The roar of the crowd helped her to push on and keep going. It was the ultimate example of resilience (watch this moment here).

[September 8] was Day 1 of the Games, and Team USA is charging full force into Day 2 on their hunt for medals.

Here are some highlights:

Lex Gillette soared through the air in the long jump to win Team USA's first medal of the Games.

The U.S. Women's Wheelchair Basketball Team started the Paralympics with a record-breaking win.

Videos of Team USA from the Games