BONUS: Here's Looking at You, Casablanca 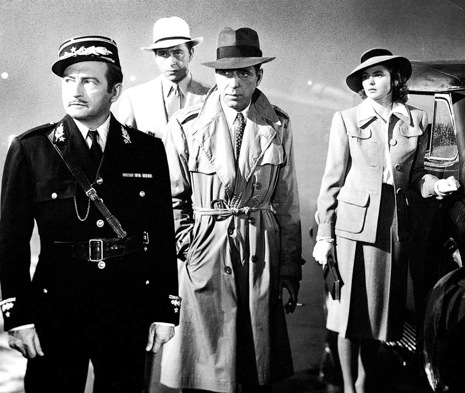 Last week, we heard from Professor Robert Young, an eminent humanities scholar, who gave a lecture last year at the Columbia Global Center in Amman. Professor Young recounted the story of Walter Benjamin, a German Jew who fled Nazi Germany but was caught at the border of France and Spain, where he resorted suicide rather than be sent back.

During the lecture, Professor Young played a clip from Casablanca, drawing parallels between the Hollywood story and the truth behind it. We did not have room to include his analysis in last week's episode, so we created a bonus mini-episode just for it.

So, take a listen and follow the intertwining stories of Walter Benjamin, Humphrey Bogart, and Ingrid Bergman, as they flee south out of Europe.

Learn more about upcoming events and lectures at the Columbia Global Centers.