4 Data Science Podcasts You Should Listen To Right Now 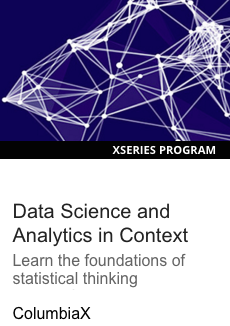 In case you haven't heard, data science is huge right now. Not only did Columbia make headlines when it first offered a masters degree in data science in 2013, but Columbia is also launching a new data science open online course.

Now, if you're scratching your head because you don't know what data science is, you basically think of it as being the process of extracting insights and new understanding from data. Or (as I like to think of it) data science is the process of translating the story that data is telling. And, arguably, one of the fastest growing mediums for storytelling is podcasts. So, podcasts about data science? Well, that's a marriage made in digital heaven.

If you're curious about the stories that the world's data is telling, have we got some podcasts for you. Here are four of the best data science podcasts to listen to, whether you're a science nerd, math geek, machine-obsessed, or just like a good story: 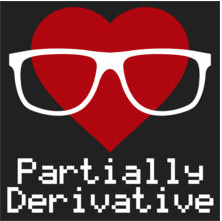 Partially Derivative (For the Story Lover)

This weekly podcast is hosted by data scientists, Chris Albon, Jonathan Morgan, and Vidya Spandana, and is "about the data of everything." Each week they look at a new way that data has "changed how we understand and experience the world. From ancient warfare to modern love and everything in between."

In Episode 36: The Data of Space, the hosts interview Destry Saul, '09GSAS, '10GSAS, '14GSAS, who used machine vision to find gas clouds just outside our galaxy during his PhD at Columbia. 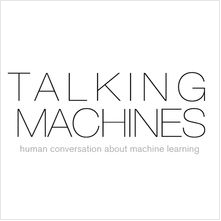 Talking Machines (For the Sci-fi Geek)

What do Siri, Skype Translate, and Hal from 2001: A Space Odyssey have in common? Well, the title of the podcast gave it away a bit. These are all software (real and fictional) that use natural language processing (NPL). NPL is what creates "talking machines." Machines learn language much faster when they are trained on large amounts of text, so data science is playing a huge part in their development.

The Talking Machines podcast, hosted by Katherine Gorman and Ryan Adams, reports on developments in this world of machine learning twice a month. And in Episode 10: Interdisciplinary Data and Helping Humans Be Creative,  Professor David Blei (who is also a member of the Columbia Data Science Institute) talks about his work on latent dirichlet allocation, topic models, and the PhD program in data that he’s helping to create at Columbia. All pretty heady stuff, but Professor Blei is thoroughly interesting. 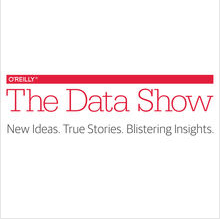 This weekly podcast "explores the opportunities and techniques driving big data and data science." More specifically, the episodes focus on the engineers, scientists, researchers, and developers who are actually putting data to work. Gather data is one thing, but analyzing quite another. It's a science, but constructing the story that data can tell is much more of an art.

Columbia Professor David Blei makes another appearance on this podcast in the episode Topic models: Past, present, and future. In it, Blei talks about "the origins of topic models, their applications, improvements to the underlying algorithms, and his new role in training data scientists at Columbia University." 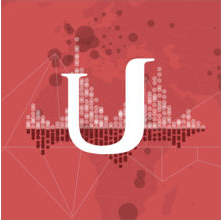 Linear Digressions (For the Beginner)

Linear Digressions is another podcast about machine learning. BUT this podcast is aimed more at beginners with each episode running about 10-20 minutes. Still not quite clear on the connection between machine learning and data science? Their site does a pretty concise job of explaining it: "Machine learning means looking for patterns in large datasets with statistical and computational methods, and then making predictions or solving problems. It's helped us accomplish goals that were out of reach even a few years ago."

In Episode 6: Better Facial Recognition with Fisherfaces, the hosts (physicist, Katie Malone and web developer, Ben Jaffe) dedicate the majority of their discussion to a facial recognition experiment that was led by Columbia computer science professor, Peter N. Belhumeur.

Ready to delve even deeper into the world of Data Science? Then be sure to enroll in Columbia's Data Science and Analytics In Context XSeries. The series is comprised of 3 online courses led by Columbia's preeminent Data Science professors and scholars. Best of all: you can audit the course for free. Um...yes please! Check out the series preview: