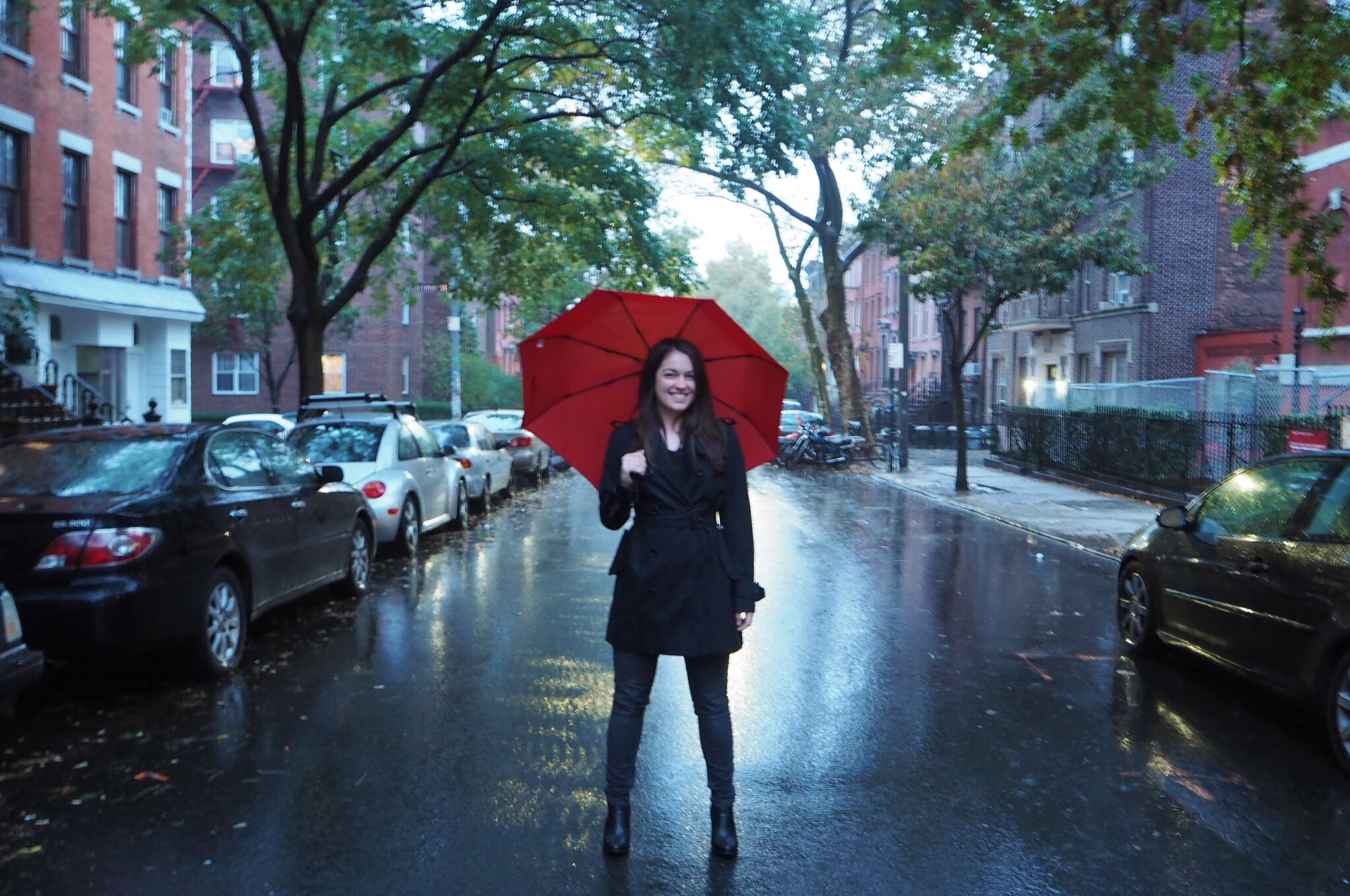 Jenna Matecki is a Brooklyn-based journalist and the founder and CEO of Matecki & Co., a story development company. She is also the creator and host of Notes on Doing, a weekly podcast that features people who love what they do.

Before Matecki founded Matecki & Co., she consulted international government clients at a strategic communications and public affairs firm, pitched social media analytics for a tech startup, and consulted at a leading public affairs firm. Matecki graduated from Barnard with a degree in comparative politics. Apart from her work, she teaches classes and is writing a book on Notes on Doing. Jenna also loves traveling, languages (Italian and Spanish), and really good conversations.

Matecki recently spoke with CAA Arts Access about her career.

What inspired you to create Notes on Doing?

I was inspired to start the series in 2014 after conversations with students I mentored for the Barnard Alumnae Mentoring Program. Many young people experience pressure to work in a career that someone else says is great, instead of asking questions and knowing that it's okay to explore what "great" means. I think the last thing that someone should do upon graduating from college is limit their thinking, and I wanted to show them that there are many people who love what they do.

Notes on Doing is a podcast that examines the person behind the profession. Each episode proves that it's possible to love your career through the unique voices, stories, and perspectives of people who do.

The series originally started as three short films. A little over a year ago when I launched Matecki & Co. I decided to continue the project in a different form as a podcast. There's been an episode every week since.

This month you celebrate the one-year anniversary of Notes on Doing. What are some of your highlights from this past year?

I can't believe it's been a year already. The goal is to get to 100 interviews. My highlights from the first 50 are:

-Hearing Christaan Felber, a talented photographer and the first person interviewed for the podcast, say yes to being interviewed in such a humble way.

-Partaking in an enthralling, giggle-inducing arcade game of Killer Queen with its creators, Nik Mikros and Josh Debonis (I lost, clearly).

-Listening to Conrad Clifton's new unreleased album with him, hours after he finished it.

-Asking questions I've always wanted to ask of important mentors/friends in my life—Joan Snitzer (a Barnard Professor) and Rick Webb.

-Noticing how my family and friends all put the Notes on Doing logo stickers on their phone cases.

The list continues. It's kind of impossible to choose highlights in the first place.

You have a degree in comparative politics. How has your education at Columbia helped you to get to where you are today?

My time at Columbia still influences the way I think, work, and communicate today. It's such an opportunity to be able to call that campus, as well as the people I met there, home.

Columbia is a place of possibility, steeped in history and created by people who were and are at the top of their game. Having the chance to learn and grow in a place like that (thanks to my family, friends, and mentors)—it can't go to waste.

Also, it goes without saying the unique opportunity to be an alumna of Barnard College, and part of a community of women who are so bold, confident, and changing the world, is something that continues to shape my perspective. I'm so proud to be a Barnard alumna.

As for my degree—it's being put to use—over the past few years when I worked in strategic communications and issue-based consulting, and now in my journalism work.

Many of our readers are interested in career advice and career development. How did you transition from working for a company to running your own company? What made you decide to take that leap forward?

I'd first recommend listening to the podcast—the collective wisdom of over 50, maddeningly cool people on that subject is better than anything that I could say now.

Personally, the only way this is still working is that I'm not going at it alone. Whenever I can I ask for advice and surround myself with good people who love to collaborate and answer questions. Just because you're working for yourself doesn't mean that you're by yourself.

Next, I think it's immensely important, especially if you're doing your own thing, to give yourself a project that consists of only you calling the shots, forces you to meet new people often, and requires self-discipline to keep going, growing and learning. Notes on Doing was that project for me, and it served as the catalyst to start Matecki & Co.

Also, I'm privileged to be able to work for myself. I have incredible people in my life who support and encourage me, and I had the opportunity to graduate from Columbia. It's a privilege to be able to ask the question of whether or not you can love what you do in the first place.

While you were a student, did you take part in any clubs and activities on campus? What were some of your favorite Columbia memories?

Absolutely—I was very involved in La Societá Italiana, and did the SEE-U Instituto de Pesquisas Ecológicas program in Brazil.

When thinking back through my memories, I think of the people I met at Columbia. I remember painting with them in the art studio in the Diana, throwing "study parties" in Avery, jamming to hip-hop beats in a music class in Dodge, tea times and passing notes in 616 W 116th… I loved school.

What can we look forward to from you in the coming year? Any projects and news you can share with us?

I'm going to be hosting some new original shows with creative partners. I'll continue to work with people who are making a meaningful mark on their industries—in New York City and abroad. There will also be another 50 episodes of Notes on Doing, and I'll be writing a book about the series.

I'm most excited about all the things that I can't plan.