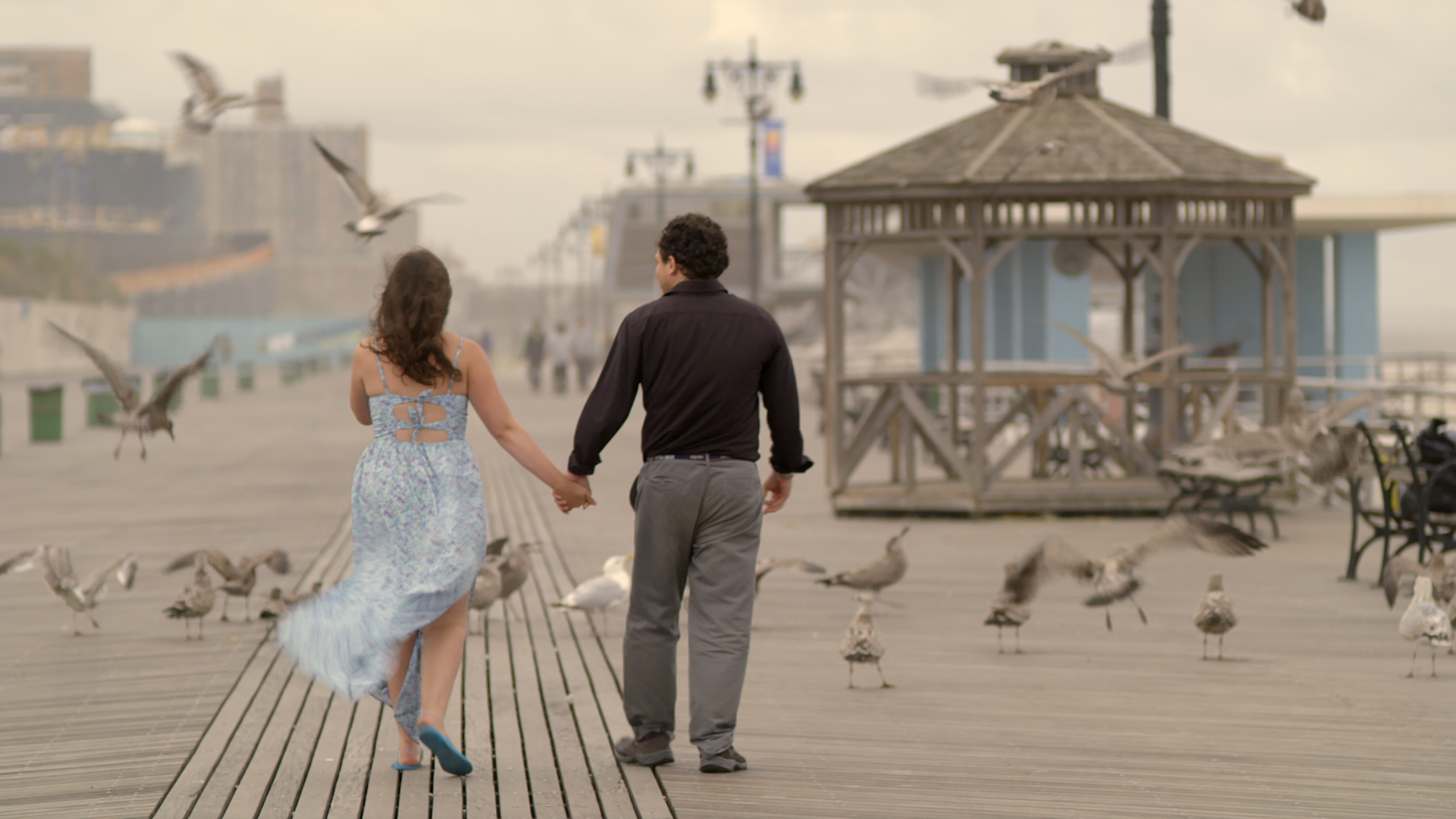 Keep the Change is a romantic drama starring Brandon Polansky—a long-time friend of Israel's—and Samantha Elisofon, as two individuals with autism who meet at a support group for adults with disabilities and fall in love.

The original short was shot in summer 2012 and was completed in 2013. That same year, it went on to win the Focus Features Best Film Award at the Columbia University Film Festival. 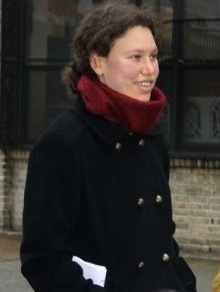 Israel (pictured right) said many films portraying people on the spectrum focus mainly on the individuals' caretakers or families. But, she knew the most compelling theme for her project was the love story. This was not her only departure from production norms. Rather than hiring experienced actors, she broke with tradition and cast non-professional actors with autism.

"For me, it was a blast," Israel said about working with the cast. "It was definitely a special challenge and so rewarding. I was delighted by how well they did as actors."

She added that she noticed "no difference" in the results of working with non-professional actors and a more seasoned group.

"People don't know whether these people are professional actors or not," Israel said of viewers' reaction to the film. "The performances are so good they assume they're professionals."

Israel was committed to extending the short into a feature, but said she had been spinning her wheels for a couple years, trying to raise money for the project.

"There was an expiration date because if too much time went by, we would need to revise for an older cast," Israel said, adding that the film's other producers at the time were "awesome," but working remotely, which was a challenge as they decided to move into production.

And then she met Kurt. 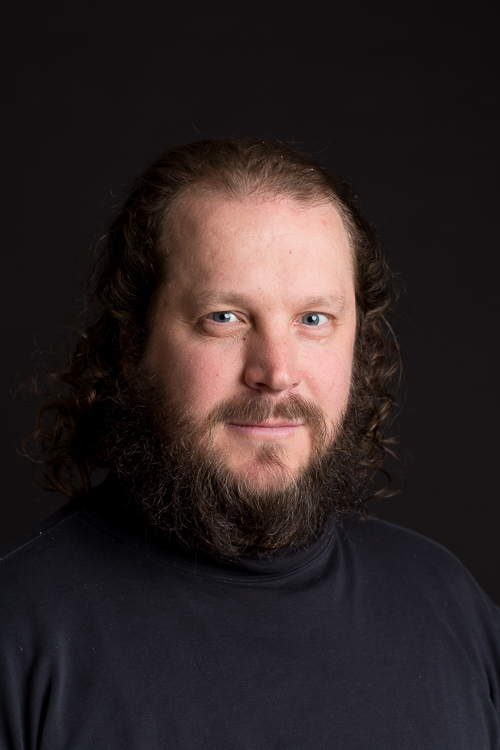 Kurt Enger '07SOA (pictured right), met the director at a School of the Arts alumni breakfast in February 2015, after being introduced by mutual friend Professor Eric Mendelsohn.

"We talked about what we were working on and Rachel said 'I'm looking to make my first feature,'" he told The Low Down. "She was looking for some help filming out in Coney Island."

After Israel described her project, Enger told her: "'Before you make your movie, you have to see this short film.' Rachel said 'I made that, that's my thesis film!' After that, we decided we were going to meet up for coffee."

"When I met Kurt it really got us unstuck," Israel said. "He brought the whole production team together. Kurt had so much confidence in this idea that it could get made."

Enger helped organize a crowdfunding campaign in April 2015 to raise a significant part of the funding needed to make the movie. The campaign was a success and they shot Keep the Change in August 2015.

Keep the Change's creation wasn't the only good thing to come out of that chance breakfast meeting—Israel and Enger were engaged in December 2015, married in June 2016, and had a baby last October.

Columbia As an Artistic Home

The couple said they owe a lot to Columbia for their success in the film industry. 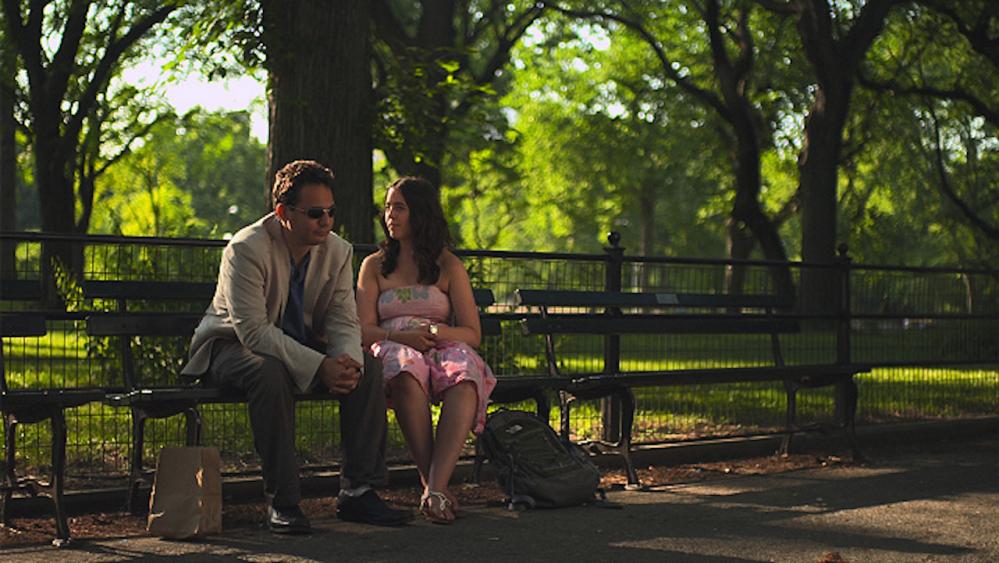 "This film couldn't be developed at any other film program," Israel said. "There is something very unique about Columbia in how much they encourage the development of individual artistic voices. I received the kind of support [I needed] to experiment and the freedom to fail. Columbia allowed me to play around with this and develop this idea."

Israel said most of the key crew were fellow alumni and she's currently developing a script in her writing group with other Columbians.

"Columbia Film nurtures collaboration between peers," Enger added, encouraging current students to take advantage of the resources Columbia provides. "Your peers are your best resources now and moving forward after graduation," he said. "Some of my best friends and collaborators are from Columbia. Take advantage of all people around you."

And, he reiterated, he and Israel's Columbia background helped them twofold.

"You can get your movie done, and you may find the love of your life."

Check out Israel's thesis short below, and then watch the feature version of Keep the Change in person on April 23 with Israel, Enger, and other Columbia alumni at its Tribeca Film Festival premiere.