The close partnership between newly-appointed Columbia University Board of Trustees Co-Chairs Lisa Carnoy '89CC and Jonathan Lavine '88CC spans more than half of their lives.

Lavine, co-managing partner of Bain Capital, and Carnoy, a leader in global finance and capital markets, became friends through a mutual acquaintance early on during their time at Columbia College, were fellow student athletes, both served as residence assistants in Carman Hall during their respective senior years, and shared the same first employer, former investment banking firm Drexel Burnham.

"Lisa and I have been friends for a very long time,” Lavine said. "I think I speak for both of us in that this is an incredible privilege and honor for us to be selected to do this and doubly so because we got asked to do this together. We look forward to proudly representing the institution."

Carnoy and Lavine spoke with The Low Down about what they expect in their new positions, why their time as students at the University inspired them to become such active alumni, and what advice they have for the Class of 2018.

On their time at Columbia College

"I absolutely loved Columbia from minute one and wanted to pinch myself throughout my first year, because I was so happy to be at this amazing school in my favorite city in this magical time in New York City,” Carnoy said, also noting the start of co-education at the University. "It was a very exciting time."

Lavine, a Providence, R.I., native, said he hadn't stepped foot in the Big Apple except for a brief day trip as a child, but also immediately knew he made the right school choice.

"Columbia opened my eyes to so many different things, and even at the time I realized it was changing the trajectory of both my vision of myself and my vision of the possible," he said.

On why they came back as alumni

Both Carnoy and Lavine were exposed to alumni early and often as students when they volunteered as campus tour guides—a role Carnoy called "fantastic"—and they knew right away their relationship with Alma Mater would be a lifelong one.

"If you walk around, talking about the school a lot and telling others how much you like the school, it's infectious," Lavine said.

He also volunteered as a host for prospective students, including for eventual Los Angeles Mayor Eric Garcetti '92CC, '95SIPA.

Carnoy worked in the office of former Columbia President Michael Sovern '53CC, '55LAW—an opportunity she said provided a great window into the broader University—and for the student group Hamilton Associates, which provided her opportunities to staff the College's Alexander Hamilton Award Dinner and John Jay Awards Dinner, giving her a chance to both meet and be inspired by alumni leaders.

"You feel the obligation to pay it forward," Lavine said. "We all walk on streets that somebody else paved for us."

On how the Board of Trustees works

Lavine calls the Board of Trustees—a group made up of 23 Trustees and Columbia President Lee C. Bollinger '71LAW—"extremely collaborative, collegial, and not hierarchical," adding it is not the corporate-type board one might think of.

"We have a tremendously talented, committed, and hard-working board," Carnoy added. "One of the hallmarks of it is that it's a real working board. While there may be new initiatives or pressing issues that come up, we're really just continuing what has been a very effective, collaborative, and committed board. It's not going to be a dramatic change in that sense."

Lavine also doesn't anticipate any large changes when the two begin their leadership roles, because their tenure as vice-chairs has given them broad exposure to the group's processes.

"I think the day-to-day will be to continue to make sure that collaboration happens with an extraordinarily talented group of people that are committed to the work and mission of the University," he said.

Lavine added he thinks their roles in the Columbia Commitment campaign (he and Carnoy are co-chairs along with "extraordinary Columbian" Dr. Roy Vagelos '54PS) will complement their roles on the Board of Trustees.

"Because we are embarking on this new Campaign, it has allowed us to very clearly define priorities," Carnoy told The Low Down. "We really feel accountable as a board and as leaders of the board to see advancement in Just Societies, Precision Medicine, Climate Response, and all of the components of the Campaign and all of the key initiatives of the University."

On why alumni should get involved with the CAA

"For me, it really hit home when I was traveling a lot globally, and I would go to places like London and Tokyo," she said. "You would see that folks really craved to connect with other people from Columbia. It wasn't so much about, 'I want to meet people from my particular school,' it was that they wanted to really have fellowship with other Columbians. It's really powerful." 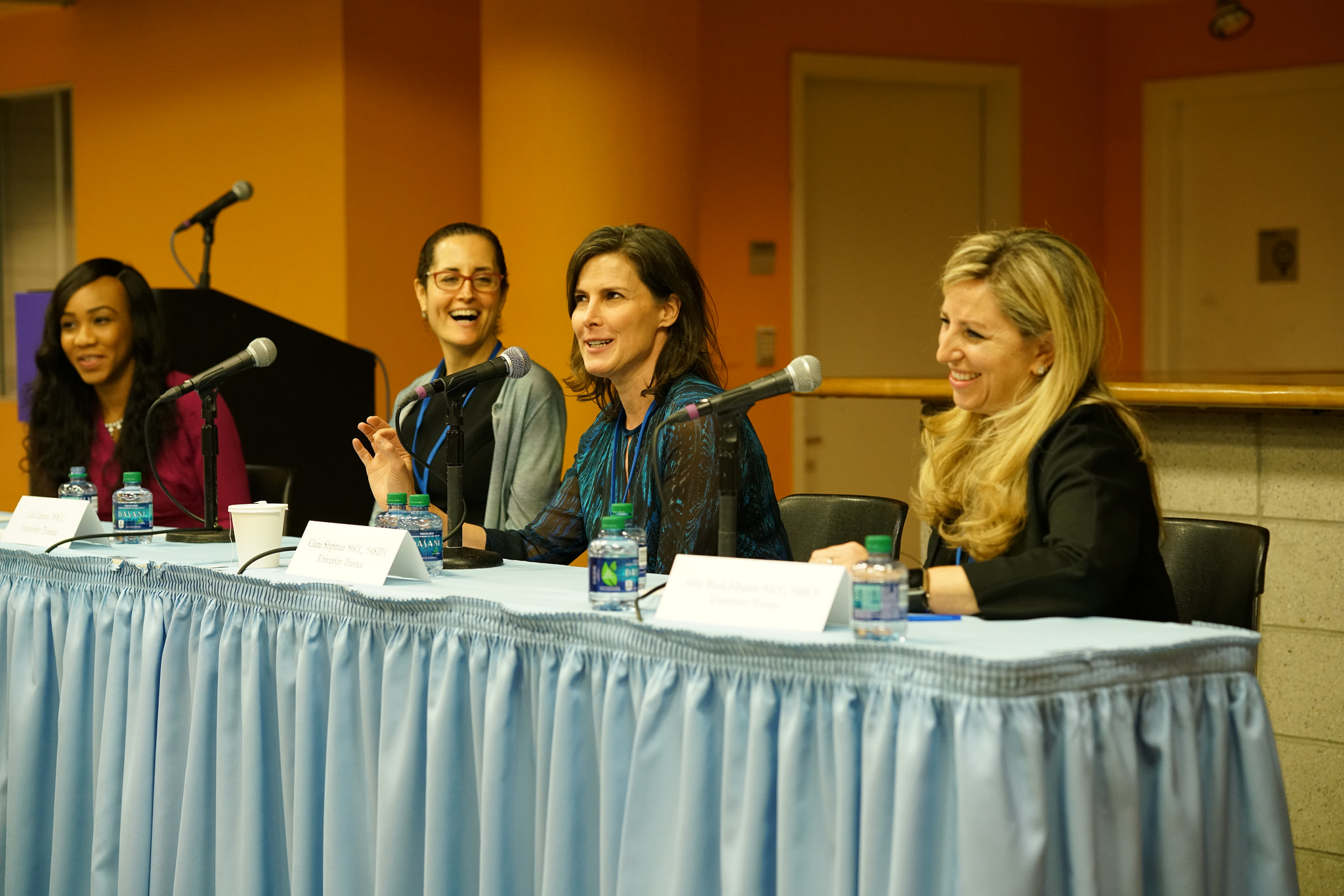 This question hits home for Lavine—his daughter, Emily, is among this year's College graduating class.

"You'll never regret coming back to campus for some inspiration and continuing your education," Lavine said.

"Alma Mater loves you and stays close," Carnoy added. "You are going to be very busy, but there are many ways to stay engaged and stay involved."

On what they want their legacy to be

Carnoy and Lavine begin their tenure in September. For more information on the announcement, as well as their careers and numerous other Columbia roles and awards, read more from the University's Office of Communications and Public Affairs' digital newsroom.