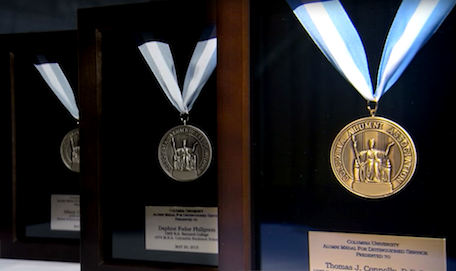 Every year, the Columbia Alumni Association (CAA) recognizes alumni for distinguished service of 10 years or more to the University—including its schools, alumni associations, regional Columbia Clubs, and University-wide initiatives. The Medal was first awarded in 1933 and is the highest honor bestowed to alumni by the University.

The medals will be formally awarded at Columbia Commencement. Tune in to watch the live broadcast on May 18.

Congratulations to the 2016 Alumni Medalists 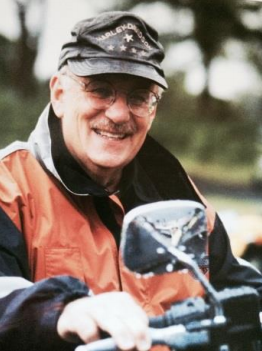 Jeffrey retired from Harley-Davidson, Inc. in 2005 as the CEO and chairman of the board following a 30-year career with the company. After his studies, he spent a year in England on a NATO-sponsored postdoctoral fellowship and then five years teaching engineering and applied science at Yale University, rising to the rank of associate professor. Looking for challenges beyond academia, he joined AMF and in 1975 moved to the Harley-Davidson Motor Company (then a subsidiary of AMF) as vice president of engineering. In 1981, he joined a dozen other Harley-Davidson executives in orchestrating a leveraged buyout of the company from AMF. In 1985, Harley-Davidson returned to public ownership as an independent company. He became Harley-Davidson’s president and chief operating officer in 1993 and CEO in 1997; the chairman role was added in 1998. During his tenure, he led the company to its position as number one in global sales of heavyweight motorcycles. He has returned to Columbia many times—most notably as the 2006 SEAS Class Day speaker. In 2002, he received the Columbia Engineering Alumni Association’s Egleston Medal for Distinguished Engineering Achievement. In 2013, he and his wife, Brenda, endowed a new professorship at SEAS to support their belief that “faculty who are gifted enough to inspire students are the lifeblood of a great university.” 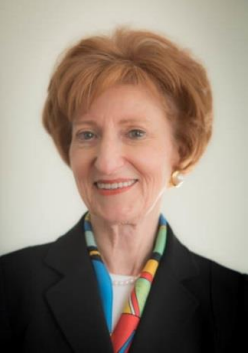 Elaine was deputy managing director of communications at the American Lung Association. During her career, she was also director of special projects at Newsweek Broadcasting, executive director of the New York Council on Children’s Television, co-founder of Elcar Video, and an English teacher at Horace Greeley High School in Chappaqua, N.Y. After graduating with a Master of Arts degree from the University of Pennsylvania in 1962, instead of returning to her hometown of Kansas City, MO, she came back to New York and over the years became enthusiastically involved in a range of Barnard alumnae activities. She served for two terms on the Barnard Board of Trustees, where she was chair of the Student Life Committee. She was president of the Alumnae Committee on Annual Giving, served on the Alumnae Council, deliberated on the Barnard Medals Committee, and was part of Project Continuum. She has worked on all her class reunions, was her class Fund Chair, and is currently her class president. 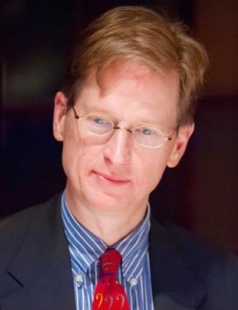 Thomas is a private investor and a film and theater producer. He first came to Columbia as a high school student in the Science Honors Program. He graduated from the Mailman School of Public Health with an MPH in Health Policy and Management. After graduating, he was appointed director of the City of New York’s Employee Health Benefits Program, which provides health coverage for all municipal employees, retirees and dependents. Since then he has been active in health policy, health economics and insurance with a variety of think tanks and businesses. He is a longtime member of the board of Mailman’s Alumni Association, where he helped to reinvigorate fundraising for the Fund for Public Health Leadership, and has served as its president. Since 2009, he has simultaneously served on Mailman’s Board of Overseers. He has been active with the University in a variety of other ways, including donating specialized microscopy equipment for Mailman’s Department of Environmental Health Sciences. He was part of the CAA’s multi-year 2017 Strategic Planning Task Force. He has also been a member of the Columbia Presbyterian Health Sciences Advisory Council. He has produced a number of documentary and feature films about science, health-related issues and more. His wife Penny is a graduate of Barnard, where she supports a program in creative writing, and Teacher’s College. 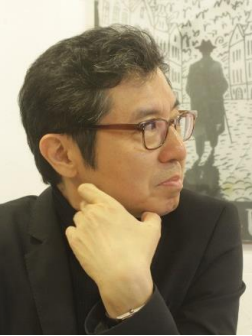 Seokho went into investment banking at Shinhan Investment Corp., where he contributed to globalizing Korea’s capital market through numerous IPO and M&A deals. Since 2000, Lee has established and managed his own hedge fund, Veritas Capital, where he approaches the market with value investing methods and balances his portfolio with hidden gems in the stock market. As Korea’s economy expanded tremendously over the years, yearly enrollment of new Korean students at Columbia Business School has expanded from a few in the 1980s to currently more than 20. In this process, he has dedicated much of his time and effort for the past 13 years to enhancing Columbia Business School’s alumni network. Some of his notable contributions include organizing the annual Chazen Study Tours in which Business School professors and about 40 students visit Korea to explore business opportunities, arranging career sessions where leading industry figures provide recruiting guidance to graduates, and holding regular networking events for Business School alumni in Korea. In addition to his endeavors for the Business School, Lee has also put a great deal of energy into serving the CAA of Korea as vice chairman. He is a talented musician and plays violin for a Columbia alumni band. 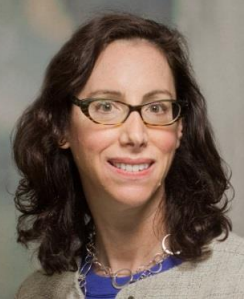 Sharon is CEO and co-founder of Meritam, a low-cost software-based investment advisor designed specifically for nonprofit reserves and endowments. Prior to Meritam, Liebowitz was in investment management and technology at JPMorgan, UBS and Deutsche Bank. She is a registered architect, earned an MArch from Columbia and a BA degree with honors from Harvard University. She is the former president of the Columbia GSAPP Alumni Association and was instrumental in its planning and launch in 2009-10. She has served on the CAA Board since 2011 and participated in its Strategic Planning, Nominating and Volunteer Development committees. Liebowitz chaired the Planning Committee for the Columbia Alumni Leaders Weekend in October 2014. She currently serves as a University senator, and co-chairs the University Senate Alumni Relations committee. She is honored to have worked with so many outstanding alumni, students, staff and faculty at Columbia. 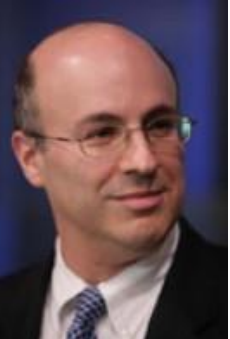 Paul is a biotechnology entrepreneur and investor who serves as vice chairman of Progenics Pharmaceuticals, Inc., a publicly traded biopharmaceutical company that develops and commercializes new medicines in the areas of gastroenterology, oncology and infectious diseases. He founded Progenics in 1986 while an MD-Ph.D. student at Columbia and served as chairman, CEO, and chief science officer until retiring in June 2012. Maddon is a molecular virologist and immunologist who has made seminal contributions to our understanding of HIV. He has also received several honors, including Columbia College’s John Jay Award. He is the chairman of the College’s Science Advisory Committee and founded its Summer Research Fellowship at Columbia University Medical Center (CUMC). He is a member of the advisory committee of Columbia’s Science Honors Program and the CUMC Board of Advisors. He is a director of the CAA and College of Physicians and Surgeons (P&S) Alumni Association, and a member of the Wu Family China Center for Health Initiatives Board of Overseers. Maddon is an advisor to the Global Health Program at P&S and Columbia’s varsity squash program, and is a mentor to numerous Columbia students. He graduated summa cum laude from the College and was elected to Phi Beta Kappa. He received an MD from P&S and a Ph.D. from the Graduate School of Arts and Sciences. Maddon was elected a Senate-consulted Trustee of the University in 2008. He resides with his children in Scarsdale, NY. 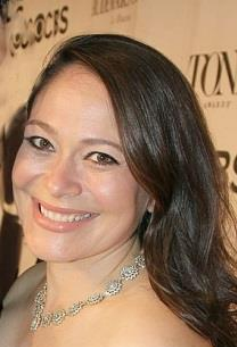 Rita is the chair of the Drama Department at Marymount School of New York. She is also an adjunct professor in the Barnard Theater Department, where she teaches undergraduate acting. As an actress, she has performed on Broadway, Off-Broadway, regionally and in television and film. She received a BA in political science from Columbia College in 1993, served as her senior class president and participated in the Varsity Show as an actress and producer for four years. She also received an MFA in Acting from Columbia School of the Arts in 1996. She serves as a vice chair on the Board of the CAA and is the chair of the CAA Arts Access Committee. She is a vice president on the Columbia College Alumni Association and serves on the Board of Columbia College Women. She has served as a class agent for the past 20 years. Her husband, Tom Kitt (CC’96), is a Pulitzer, Tony and Emmy-winning composer. She resides in New York City with her husband and three children. 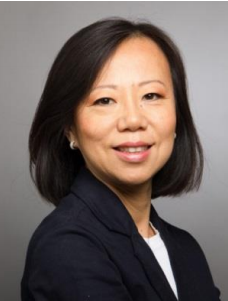 Phyllis is a journalist, investor and former banker. She heads up CAA of India’s Bangalore chapter, a club she started in 2009. She is on the CAA Board and is a member of the Associations and Club Committee and International Clubs Subcommittee. Over the years she has served as host to many visiting Columbians including various deans and senior faculty. Most recently, she was responsible for planning and hosting Journalism School Dean Steve Coll’s trip to India in 2016. She is also engaged with ARC, serving as co-chair for India South and the Journalism School, helping administer the writing test and fundraising. She is a member of the Strategic Outreach Committee for the South Asia Global Center, and a judge for this year’s Columbia Venture Competition. She is also a partner with Social Venture Partners (SVP), a network of engaged philanthropists attempting to address complex social issues through venture philanthropy. She has worked as a correspondent for CNBC Asia in Hong Kong and Reuters Television, and occasionally freelances for Forbes Magazine. Prior to that, she worked with National Westminster Bank in New York. A native of Taipei, Taiwan, she has been living in Bangalore for the past nine years with her husband and four children. 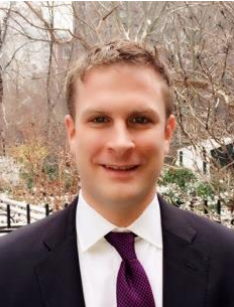 Richard is currently a vice president of investment banking at Morgan Stanley. He grew up in Queens, N.Y. and following high school enlisted in the U.S. Marines. After a four-year enlistment, he returned to New York where he worked full time at the UN while attending school full time. As a student, he served on the General Studies Student Council, was a member of Columbia’s Rugby Football Club and co-founded the Military Veterans of Columbia student group. As an alumnus, he co-founded the GS Recent Alumni Leadership Committee (predecessor to the General Studies Alumni Association), serving as one of its first two co-chairs. He has also volunteered with CAA’s Young Alumni Leadership Group and, along with several notable veteran Columbia alumni and administrators, co-founded Columbia Veterans Inc. He enjoys being a mentor, advising students, promoting alumni engagement and giving back. 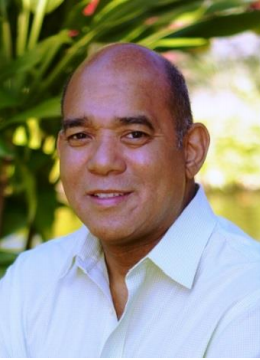 Mozelle is CEO of Thompson Strategic Consulting where he provides innovative legal, policy and business advice to companies such as Facebook, Samsung, Disney, Path and Loyal3. He has had distinguished public and private sector careers, and has been a trusted adviser to heads of state, governments and corporations.  Mozelle served as a commissioner on the Federal Trade Commission and deputy assistant secretary at the U.S. Treasury. He also served as chairman of the OECD Committee on Consumer Policy where he produced the first international standards for e-commerce. In 2008, he was team leader of economics and finance on the Obama/Biden Transition Team, where he led the review of the SEC. Mozelle also holds an MPA from Princeton. He has taught at several universities and has received numerous awards in recognition of his work. A recipient of the College’s John Jay Award in 2014 and the Black Alumni Council Heritage award, he has also been a board member, strategic chair, and member of several CAA committees. He has founded several mentoring organizations and mentored many Columbians. He served on the Board of the College’s alumni association and is presently a member of its Board of Visitors.  He also serves on his reunion committees at both the College and Law School, as well as the Dean’s Technology Advisory Committee at SIPA.

For more information about the Alumni Medal, visit the CAA website here.