The Power of the Sun 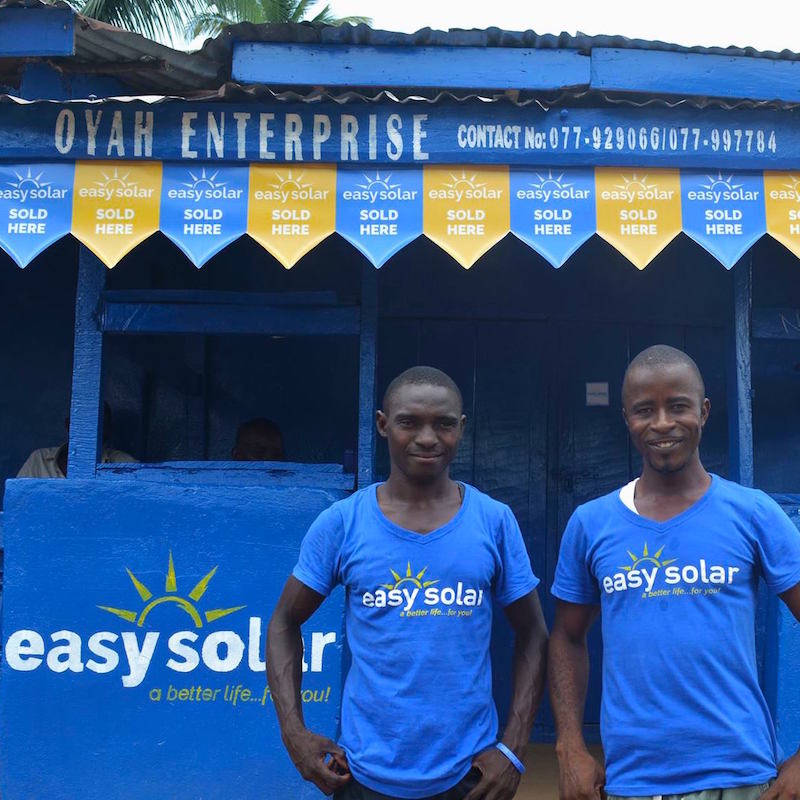 In sub-Saharan Africa, 650 million people lack access to electricity. In Sierra Leone in particular, only 5% of the population is on the grid. That means that six and a half million people can’t study, cook, eat or work after the sun goes down except by dim candlelight or expensive kerosene lamps. To charge their mobile phones, most Sierra Leoneans have to go to public charging kiosks.

Three Columbia alumni from the School of International and Public Affairs found a solar solution to this challenge. Their startup, Easy Solar, hopes to introduce solar-powered products into Sierra Leone households, replacing the kerosene lamps that have negative environmental and health impacts.

Each of the three business partners, Nthabi Mosia '16SIPA from Ghana and South Africa, Alexandre Tourre '16SIPA from France, and Eric Silverman '16SIPA from the United States, had lived or worked in West Africa prior to studying at Columbia. When they realized their mutual passion for the country and clean energy initiatives, they formed Easy Solar and took a pilot trip to Sierra Leone to test out their plan. It was a success, and they have since all moved to Sierra Leone to expand their work.

We had the opportunity to sit down with them before they left to chat about their plans, the current status of electricity in Sierra Leone, and their vision of improving access to sustainable energy for thousands of people.