Did you know? Columbians have served as and for presidents of the United States.

In honor of President's Day, brush up on trivia around some of Columbia's most interesting connections to the highest office of the United States. Read on below to learn more, including:

Q: How many Columbians have been president of the United States?

Q: Which prominent Columbian was a Republican Party candidate for the presidency and the vice presidency?

Nicholas Murray Butler (Columbia College 1882, PhD 1884), Columbia's president from 1902 to 1945, was an active Republican who sought the party's presidential nomination in 1920. He lost to Senator Warren G. Harding of Ohio.

Butler's presidential campaign slogan was “Pick Nick for a Picnic in November,” an attempt to present the patrician Butler as a man of the people. Another slogan, “Butler Means Business” sought to de-emphasize his academic background.

Benjamin J. Stein '66CC went to work for the Nixon White House in 1973. He was in the East Room on the morning of August 9, 1974, when the soon-to-be ex-president bid farewell to the White House staff before flying into exile in California. (Stein claims no credit for the line, "I am not a crook.")

Before his White House service, Stein graduated from Yale Law School and worked as a lawyer. Today, he is better known as a writer, movie actor, and TV pitchman. He attracted a new generation of fans as the star of Comedy Central's Win Ben Stein's Money, which aired from 1997 to 2003.

Q: How many Columbians are, literally, on the money?

Images of two Columbians grace United States currency. The profile of Franklin Delano Roosevelt (Law 1905-07), the 32nd president of the United States (1933-45) looks left on the back of the dime. 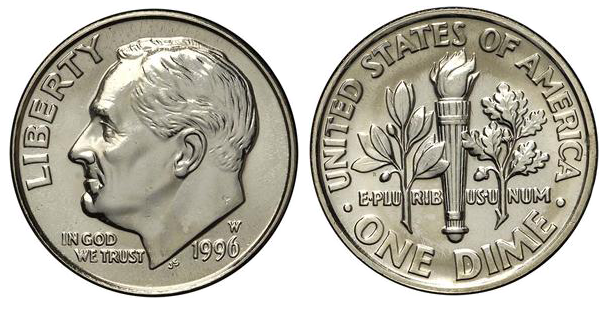 A portrait of Founding Father Alexander Hamilton (King's College 1774-76, Trustee 1784-1804), the man who laid the groundwork for the American economic system as the first secretary of the treasury, currently adorns the front of the ten-dollar note. In June 2015 it was announced that Hamilton would be replaced.

Another Columbian once on the money was Dwight D. Eisenhower, University president from 1948 to 1953. The 1971 dollar coin that sported his leftward-facing gaze was discontinued in 1978.

Though not honored by having his image on a coin or a note, Gouverneur Morris (King's College 1768) made an important monetary decision. As assistant to the minister of finance after the Revolutionary War, Morris proposed the decimal system for the national currency, inventing the word cent in the process.

Q: Which Columbian served as personal physician to George Washington?

Samuel Bard, one of the founding members of the King's College Medical School in 1767 and its first dean, was George Washington's personal physician. In June 1789, Bard saved Washington's life by surgically removing a malignant tumor from the president's thigh.

Bard's first tenure as dean of the Medical School ended when King's College closed in 1775. The College reopened as Columbia in 1784, and Bard joined the Faculty of Medicine, serving as its dean from 1791 to 1804. When Columbia abolished the Faculty of Medicine in 1813 in the face of competition from its upstart rival, the College of Physicians and Surgeons, Bard became president of Physicians and Surgeons. He held that position until his death in 1821.

Know more history about Columbia and POTUS that we should include here?  E-mail [email protected] and we'll add it!