When Ruth Bader Ginsburg entered the legal world after graduating from Columbia Law School in 1959, the best jobs were off-limits to women.

As she noted in a recent article she penned in The New York Times, "[In 1956] women accounted for less than 3 percent of the legal profession in the United States, and only one woman had ever served on a federal appellate court."

Thanks to her pioneering and tireless efforts, the rest is now history.

In the 57 years following her graduation from Columbia, where she was elected to the Law Review and graduated at the top of her class, Ruth Bader Ginsburg became a staunch courtroom advocate for the fair treatment of women, a founder in 1972 of the ACLU's Women's Rights Project, and Columbia Law School's first tenured woman professor. In 1980, Justice Ginsburg was appointed by President Jimmy Carter to the Court of Appeals for the District of Columbia Circuit. She served there until she was appointed to the U.S. Supreme Court in 1993 by President Bill Clinton, making her the court’s second female justice, following Sandra Day O’Connor.

"In my long life, I have seen great changes." Justice Ginsburg remarked.

At 83, Justice Ginsburg recently published a new book titled My Own Words. It includes a wide sampling of her writing, from a childhood newspaper piece to current Supreme Court opinions and dissents.

To recognize Justice Ginsburg's remarkable life and legacy - and her special connection to Columbia - we've compiled a few of our own favorite quotes by and about Justice Ginsburg by Columbians who knew and worked alongside her. 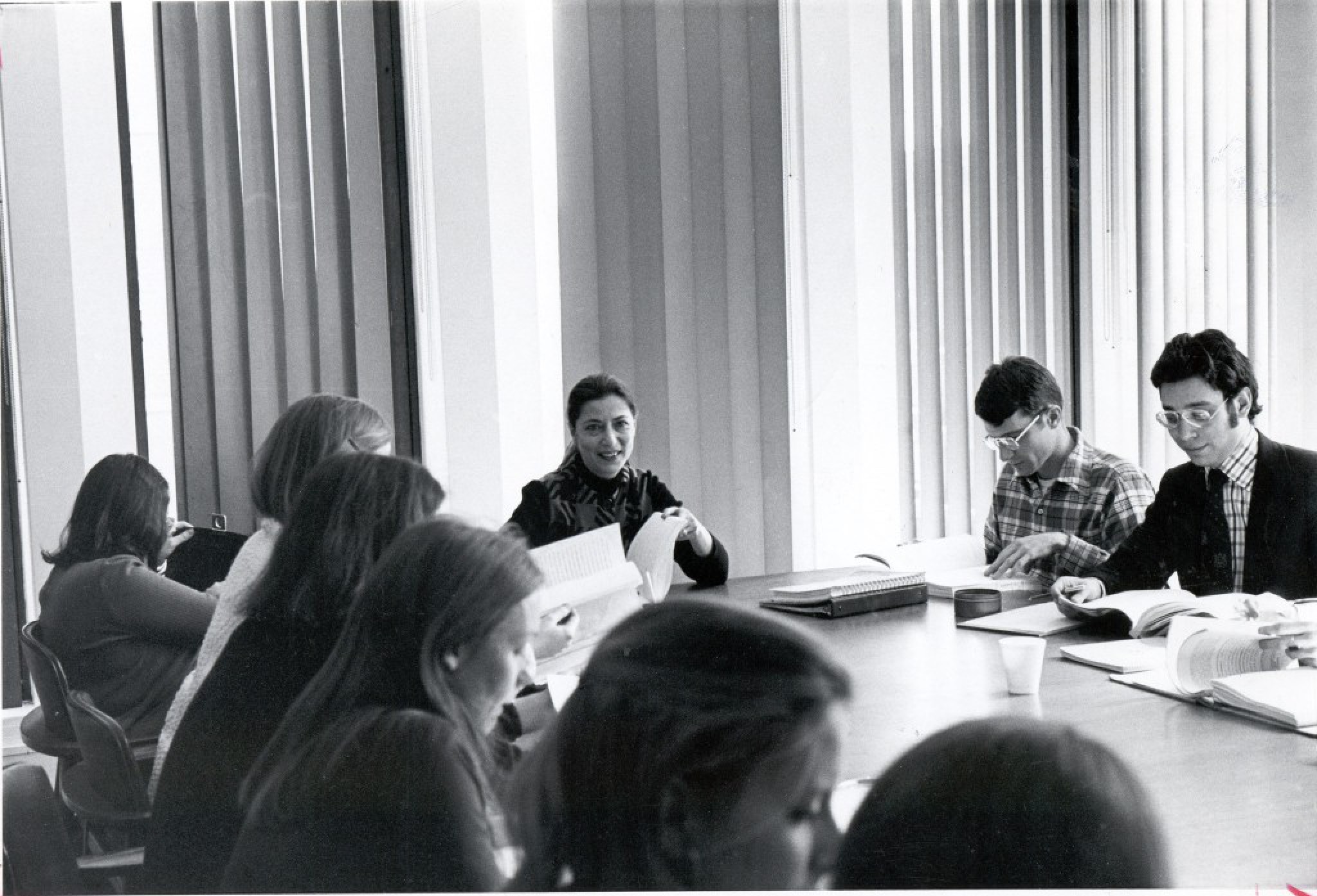 "The Justice...is a loyal and generous mentor. She helped me find what I love to do - I teach tax at Columbia - but she gave this guidance with a very light hand. Toward the end of my clerkship, I asked her what job I should take. Reluctant to intrude, she said, wisely but cryptically, that I should do what I like to do. Eager for more specific guidance, I told her that I loved statutory analysis and was also interested in business. With characteristic subtlety and a wry smile, she answered me with a question. "Have you talked to Marty about tax?" Looking back, I remember the conversation as a model in parenting. There's simply no better way to give advice about an important life decision.

I still recall my parting thought as I left Justice Ginsburg's chambers on my last day: A Supreme Court clerkship truly is a privilege; even so, the best thing about the year was not working at the Supreme Court, but working for her." 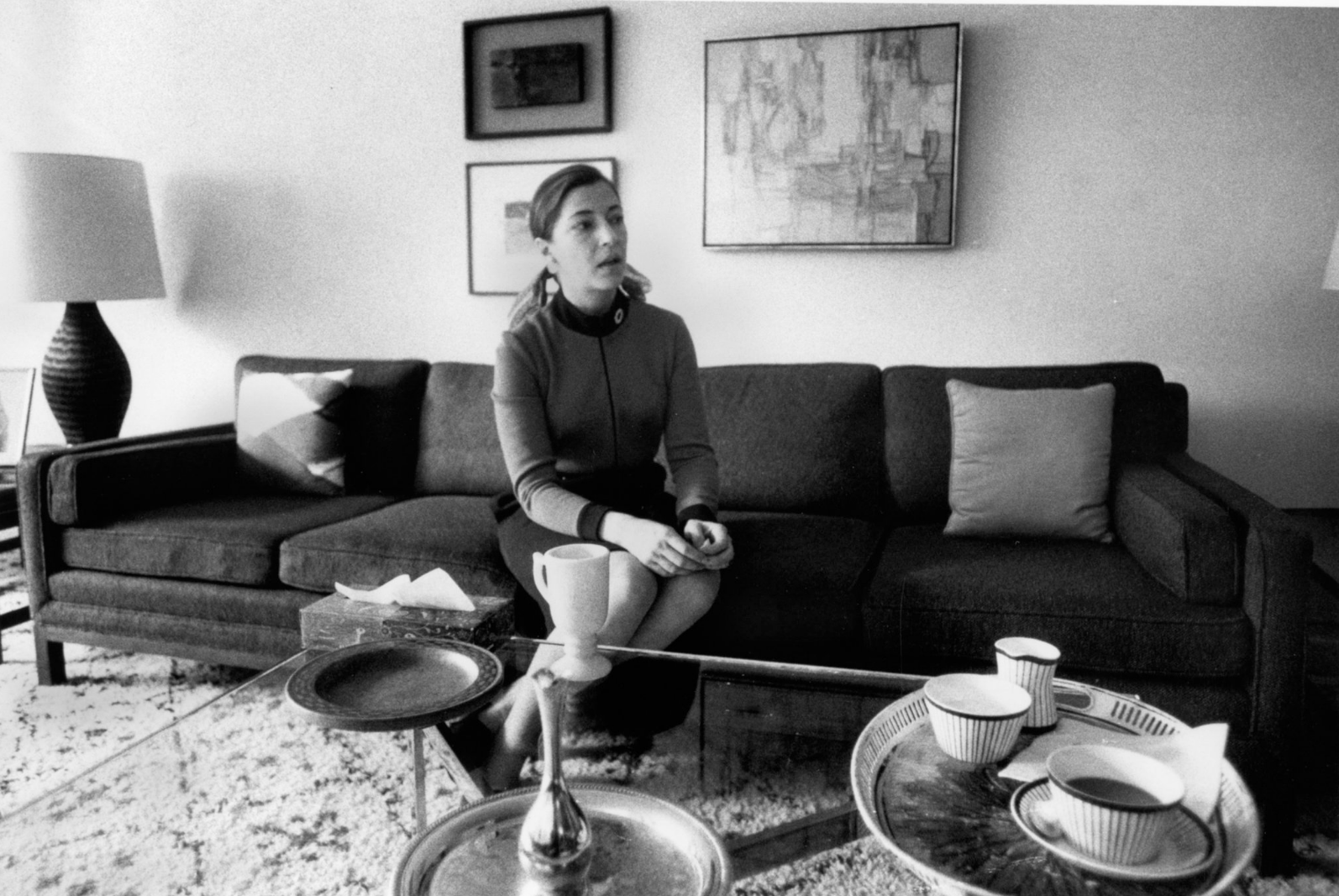 Photo: Ruth Bader Ginsburg in 1972. She became the first tenured female professor at Columbia Law School, before moving on to the United States Court of Appeals and then the Supreme Court. Credit: Librado Romero/The New York Times

"She was a superstar. She was the only member of the faculty who taught the law that she created. Her classes were so great because she was really telling her life story." 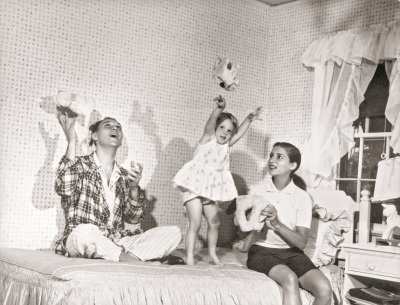 Photo: Marty, Jane, and Ruth Bader Ginsburg in 1958. (Collection of the Supreme Court of the United States)

"At Columbia Law School, my professor of constitutional law and federal courts, Gerald Gunther, was determined to place me in a federal court clerkship, despite what was then viewed as a grave impediment: On graduation, I was the mother of a 4-year-old child. After heroic efforts, Professor Gunther succeeded in that mission." 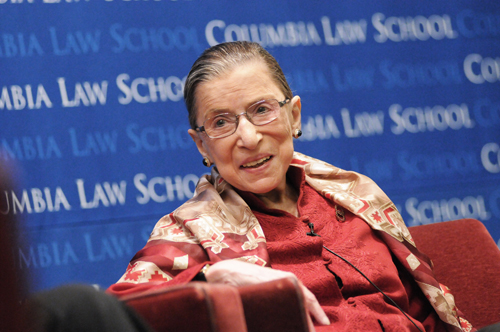 "We, of Columbia, are so fortunate to call Justice Ginsburg one of our own. Over the years, she has graced us with her brilliant intellect, her warm and thoughtful friendship. This rich relationship might not have been, but for a rule-bound dean of Harvard who was too inflexible to permit Ruth Ginsburg to receive a Harvard law degree if she completed her third year elsewhere. What a stroke of luck for us at Columbia!...I am profoundly grateful to the Justice for a precious gift - her efforts to ensure that opportunities, like my clerkship, are available to women. In October Term 1995, roughly one in three Supreme Court clerks was a woman. (For the record, Justice Ginsburg's clerkships that term were evenly divided between women and men.) Although not equal in number, the women clerks had reached a "critical mass." Long gone were the days when women - even those as extraordinary as the Justice - were not considered "clerk" material...To my amazement and delight, the Justice's personal interest did not end with the clerkship. She celebrated special occasions, including the birth of each of my three children, with a note and a gift."