On August 26, 2018, Columbia University President Lee C. Bollinger '71LAW delivered a message to the newest class of Columbia students in his Fall Convocation Address. Read on for some of the highlights and check out a transcript of his full remarks here. 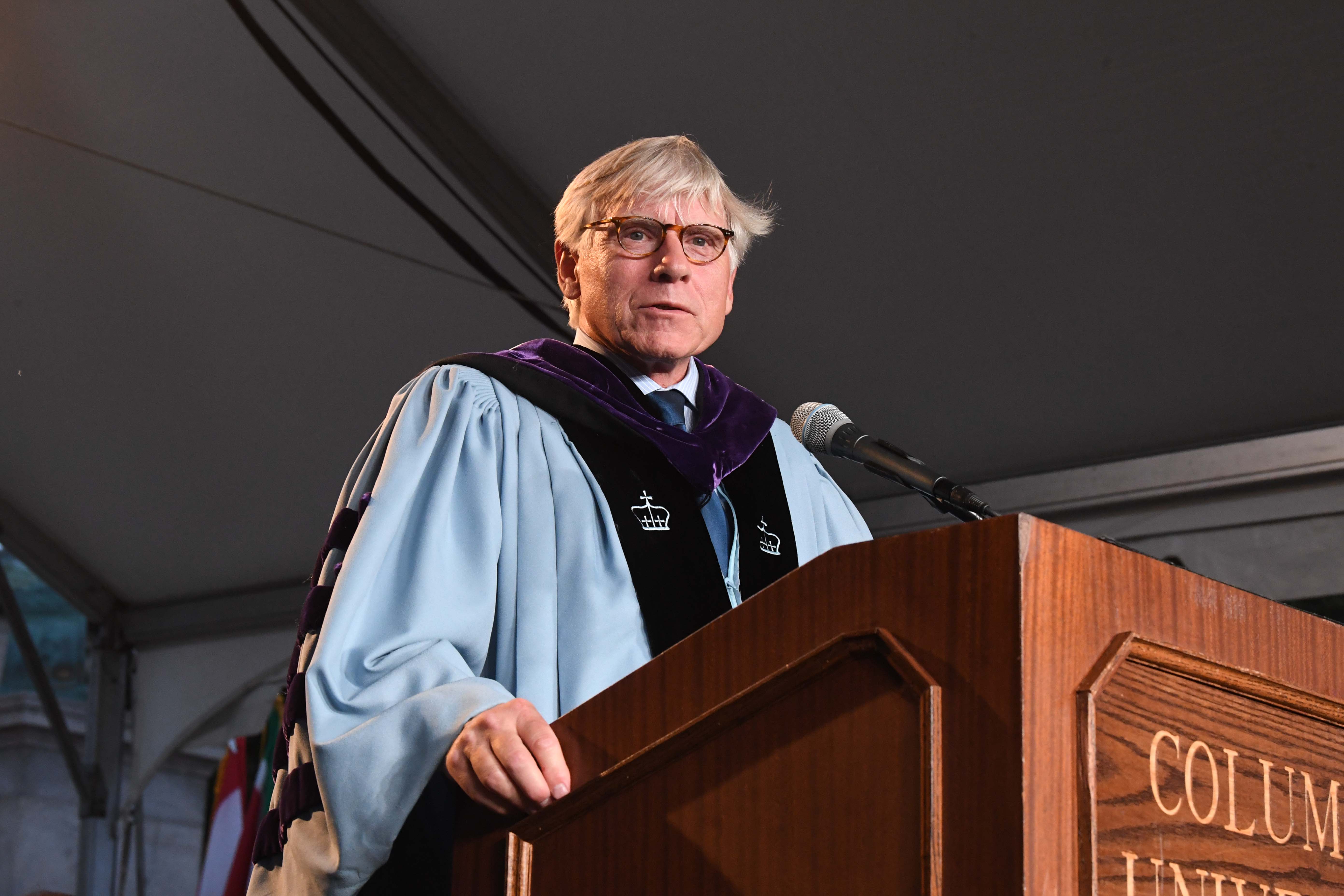 It is really important that you realize that you are entering a world that is unlike any other. Here, everything is all about achieving understanding and advancing knowledge—of life, of the natural world, of the planet and of the universe. A great university reflects every facet of human curiosity. It's that simple and that complicated.

...this pursuit of knowledge occurs within a framework of norms and practices about how to think, discuss, and go about this noble task collectively. Altogether these norms and practices make up a kind of Scholarly Temperament. We begin with a keen awareness that we are part of a vast human effort extending over time to build up that store of human knowledge, and that it is our responsibility to carry this forward, adding to it whatever we can, and to ensure it continues on into future generations.

...having achieved the singular accomplishment of being admitted to Columbia University, you have also been admitted to the world of the Scholarly Temperament. As everyday life demonstrates, this is not an easy task, to be sure. But you must work hard to live according to it and to do everything you can to uphold it, for, in truth, the world actually depends upon it.

....As elsewhere in the nation, therefore, you will encounter here, almost certainly, speakers and messages you disagree with, find deeply offensive, or outrageous, or ill-informed, or ill-considered, or unreasonable, or insensitive, or worse.  And yet we have decided, just like the society has decided under the principles of the Constitution, that we will be a better people, individually and collectively, if we rely on open debate and our own courage to articulate and defend our ideas and convictions rather than turning to institutional censorship for protection.

...in the last decade or so, we at Columbia have understood that the peoples of the world are becoming increasingly inter-connected, because of a rising global economy, because of new communications technologies such as the Internet, and because of the realities of the movement of people (sometimes voluntary, sometimes not).  Together these phenomena have brought enormous benefits to humanity but they have also raised enormous issues and problems to be solved (global warming and climate change, conflict and wars, refugees, inequality, and so on). We believe that universities need to do more to study, understand, and report on these phenomena.

There is, therefore, the deepest of connections between the similar struggles of the world at this very moment and the education you will be offered here. Never has an education been more relevant to the world we inhabit.