She Opened the Door: The Making of the First Columbia University Women's Conference

She Opened the Door, the first Columbia University women’s conference, has been in the works for some time.

Kathleen Crowley '91PH, '13PH and Teresa Saputo-Crerend '87CC, '92BUS, chairs of the She Opened the Door Conference Task Force, a committee of the larger Alumnae Leadership Group, told The Low Down that the planning has been underway for more than two years.

"We all loved the idea," Crowley said of the conference, which originated from one of the group's quarterly meetings.

Saputo-Crerend said she and her co-chair went on a "listening tour" to see what potential attendees would be looking for in a conference."We talked to a number of women at Columbia," she said, adding that the women spanned age groups and industries. The pair then worked with the Alumnae Leadership Group to pull together a task force of volunteers to plan the conference.

The goal is for Columbia alumnae to celebrate and learn from fellow women who are making a difference in the world, both personally and professionally.

The weekend will include valuable engagement and development opportunities: eye-opening speakers, personalized workshops, and discussions about maintaining a healthy lifestyle, financial planning, changing or redefining your career, juggling life priorities, and office leadership. 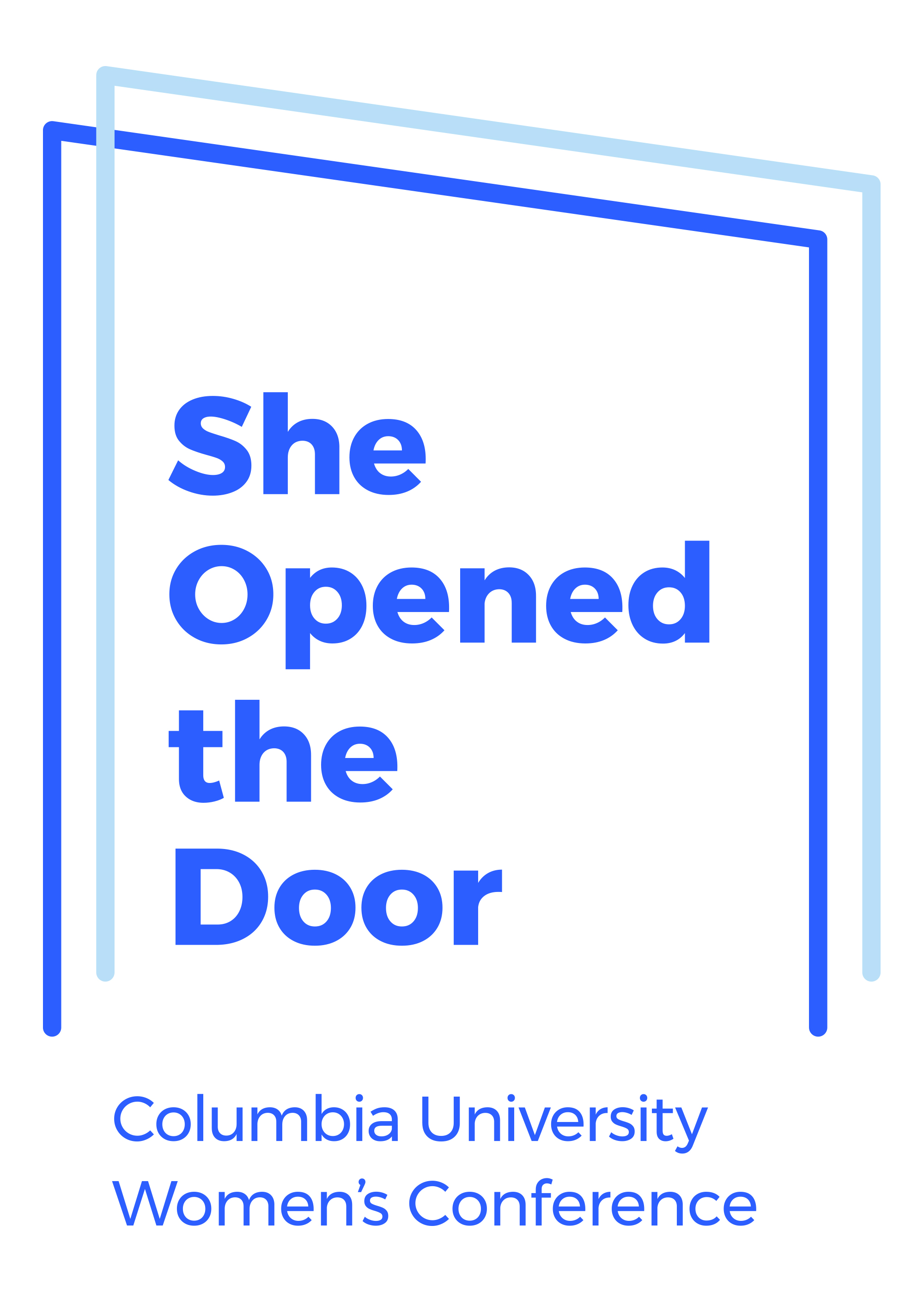 The "She Opened the Door" moniker stems from research Crowley and Saputo-Crerend conducted about notable Columbia alumnae.

"It was so interesting to learn that the first woman to earn a Columbia degree was Winifred Edgerton Merrill," Saputo-Crerend said.

Merrill attended Wellesley College for her undergraduate studies and applied to Columbia to have access to the University's telescope and observatory to continue her post-graduate research.

Read more from The Low Down about Merrill's fascinating life.

Although Merrill's classmates were not thrilled with the idea of a woman in their class, they warmed up to the idea, reportedly giving her a two-minute round of applause at graduation. 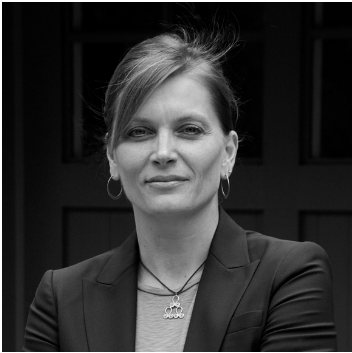 Saputo-Crerend and Crowley went searching for a painting gifted by Wellesley to Columbia at the time to mark Merrill's incredible achievement. After finding the artwork in storage on Columbia's Morningside campus, they were in awe of its inscription: "She Opened the Door."

"We thought it was such a great tagline for the conference and a tribute to the first woman to get a Columbia degree," Saputo-Crerend said. "[The name] is not only about opening doors for women, but there's a real theme behind it."

The committee held a She Opened the Door preview event at this fall's annual Columbia Alumni Leaders Weekend—a panel of women who discussed using leadership to achieve success—and is planning future She Opened the Door-themed events after the conference.

The co-chairs said since news of the conference broke, they've been receiving "amazing emails" with ideas for both the conference and for future events.

"Women from all different Schools across the University, people who work at Columbia, faculty, everyone is giving us a name, giving us an idea," Saputo-Crerend said. "Everyone wants to bring this to life."

"There is so much we can do," Crowley said. "Columbia has such amazing women." 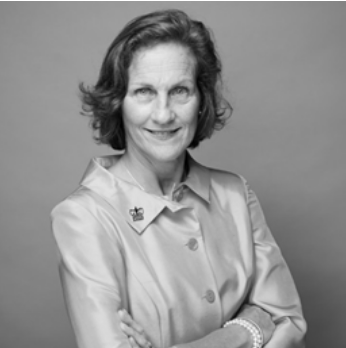 The women agree that the cross-School collaboration has made the planning process extremely rewarding so far.

"I think there's such a wow factor to this event," Saputo-Crerend said. "Not just because of the myriad of amazing panelists and keynote speakers, but also because it spans 18 Schools and is such a celebration of the collaborative spirit among the whole University."

"What can Public Health [alumnae] do without Journalism, Business, and Law [alumnae]?" Crowley said, calling the Columbia network "vital."

"This is an opportunity to bring alumnae together across campuses," she said.

Bridging the gap between Schools has even resulted in a personal benefit for the two.

Crerend-Saputo and Crowley, who completed their Columbia degrees in different years and on different campuses, would not have otherwise met before working on the University-wide conference.

"Now I have an amazing friend and colleague who went to Mailman School of Public Health," said Crerend-Saputo, a College and Business alumnae. "Through her, my world is getting even bigger."

Learn more about the She Opened the Door conference.