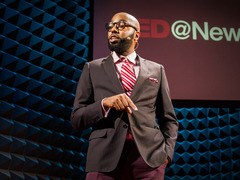 Chris Emdin believes the best teachers can be found in the unlikeliest of places -- and that traditional education theory is failing our students. That's why he founded Science Genius B.A.T.T.L.E.S. (Bring Attention to Transforming Teaching, Learning and Engagement in Science), which takes the techniques for self-expression and engagement used in hip-hop into the classroom. (Wu-Tang Clan’s GZA is a fan and supporter as well.) Emdin is a contributor to The Huffington Post and is an associate professor at Columbia University’s Teacher’s College.