Your Picks | Celebrating Women's History Month - The Low Down

Thank you to those who submitted your inspirational Columbia alumna picks in honor of Women's History Month.

I write to nominate Geralyn Lucas '94JRN as an inspiring Columbia alumna for Women's History Month. Lucas, born in 1967, is a journalist, television producer, writer, and activist for breast cancer awareness.

Lucas was 27 years old and working at the 20/20 television show when she discovered a lump in her breast that was diagnosed as breast cancer. As a result of the diagnosis, Lucas had a mastectomy.

Lucas subsequently wrote a book, Why I Wore Lipstick to My Mastectomy, which talked about her experience and discussed her attitude about overcoming the challenges of breast cancer. The book was made into an Emmy nominated movie that premiered on Lifetime television starring Sarah Chalke and Patti LaBelle in October, 2006. The theme song "I am not my hair" for the movie was written by Pink and India Arie. 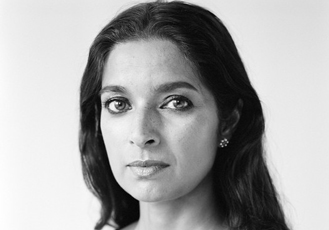 I love the latest book by Jhumpa Lahiri, In Other Words. She wrote it in Italian and it was translated into English. I am studying Italian right now and found her "autobiographical" account of struggling with the Italian language very encouraging. Thank you for nominating her.

The Columbia alumna who has inspired me, indeed who has meant the most to me, is without a doubt Vivian Berger, '73 LAW.  Vivian was my first year criminal law professor.

Her formal title denotes her as the Nash Professor of Law Emerita, and she also served as Vice Dean at the law school, but for those of us who have been lucky enough to be her students she is much more than that. Vivian and her late husband Professor Cutis J. Berger were like family, and they welcomed scores of law students not only into the practice but the profession of law.

Always thoughtful and gracious, she brought a rare sensitivity to the class room. For she took the time to listened to her students and made us feel as we were part of an unfolding tapestry that was American law in all its complexities. It is this human quality, along with an impeccable manner and her strong sense of integrity, that made such a vivid impression on me all those years ago and which remains with me still today. Vivian Berger was and is an incredible role model not only for young women but for young men as well.

In furtherance of her teaching and writing, she has made her mark championing civil rights, promoting alternative dispute resolution and improving the criminal justice system. During her distinguished career, Vivian has at different junctures been both a prosecutor and a defense attorney.  She has also contributed her considerable efforts to such organizations as the American Law Institute, the ACLU, the NAACP Legal Defense and Educational Fund, and served as a columnist for the National Law Journal. Since becoming emerita, she has been a mediator and arbitrator in the field of employment law and has been called upon as a special master in federal court.

Vivian Berger holds a special place in the esteem of her colleagues and the affections of her students.  A true inspiration, she is also a true friend and mentor.