Columbia Engineering alumnus Don Schoendorfer's organization Free Wheelchair Mission just gave its one millionth wheelchair to a person in need. The Low Down spoke with Schoendorfer to hear more about his inspiring organization.

When Don Schoendorfer '72SEAS visited Morocco with his wife in the late 1970s, a disturbing sight caught his eye.

"We saw a woman trying to get across the road using her fingernails to drag herself off the ground," he told The Low Down. "It was unbelievable to see this. She was bleeding, filthy, and her clothes were tattered, but nobody was paying any attention to her."

Schoendorfer grew more upset upon the realization that there was no solution for the woman.

The image stayed in his mind for decades—throughout his career as a pioneering biomedical engineer—and came to the forefront 20 years later when a family member began struggling with a serious health issue.

Schoendorfer was grateful for the support others showed his family during this time and wanted to pay it forward. 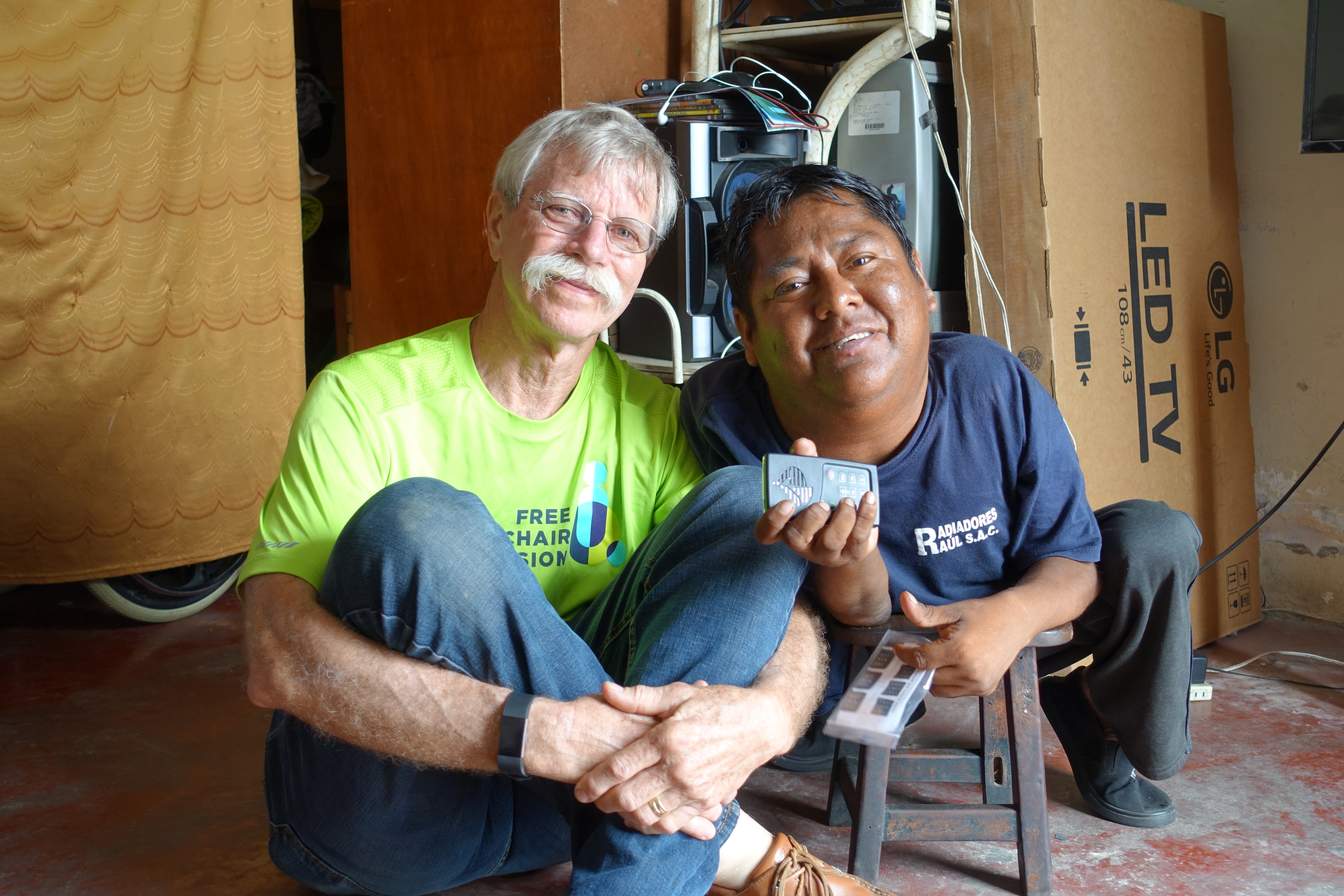 "I started to think about all of the people who had helped me," he said, recalling the scholarships he received at Columbia and the Massachusetts Institute of Technology (MIT), where he earned his PhD "I never had a chance to thank the benefactors and never got a chance to pay them back. What else can I do that might be more useful for other people?"

In 2001, Schoendorfer founded Free Wheelchair Mission, a non-profit organization dedicated to providing wheelchairs at no cost to people in need in developing nations across the globe.

Schoendorfer's desire to work with others stemmed from his time at Columbia, when he realized that although he was pursuing a Bachelor's degree in Mechanical Engineering, his passion was biomedical engineering, which wasn't as developed at the time. 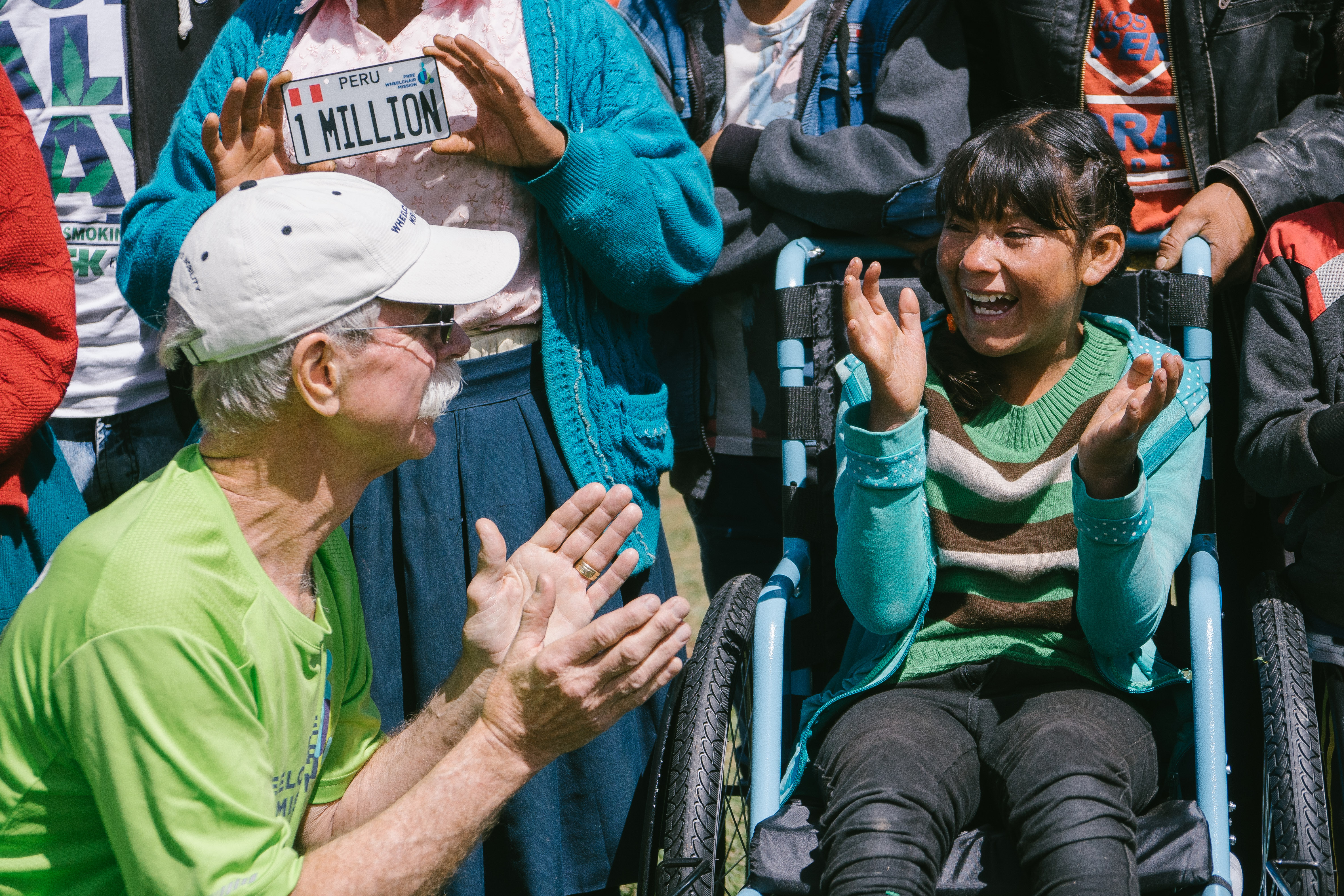 "I liked working with humans," he told The Low Down. "I wanted to get in areas where I could make individual contributions."

Schoendorfer went on to pursue engineering at MIT, where he graduated in 1977. Following school and prior to launching the Free Wheelchair Mission, he had an illustrious career in biomedical research and development, working with blood cell separation and filtration technology, and acquiring more than 60 U.S. patents in medical technology products.

Fast forward to the late 1990s, when the woman in Morocco came to his mind, Schoendorfer started researching people with mobile disabilities and found the statistics startling.

"Estimates said between 20 and 130 million people needed a wheelchair," he told The Low Down. "These people are the poorest of the poor. They cannot work and need care, so have probably taken someone else from their family out of the workforce. 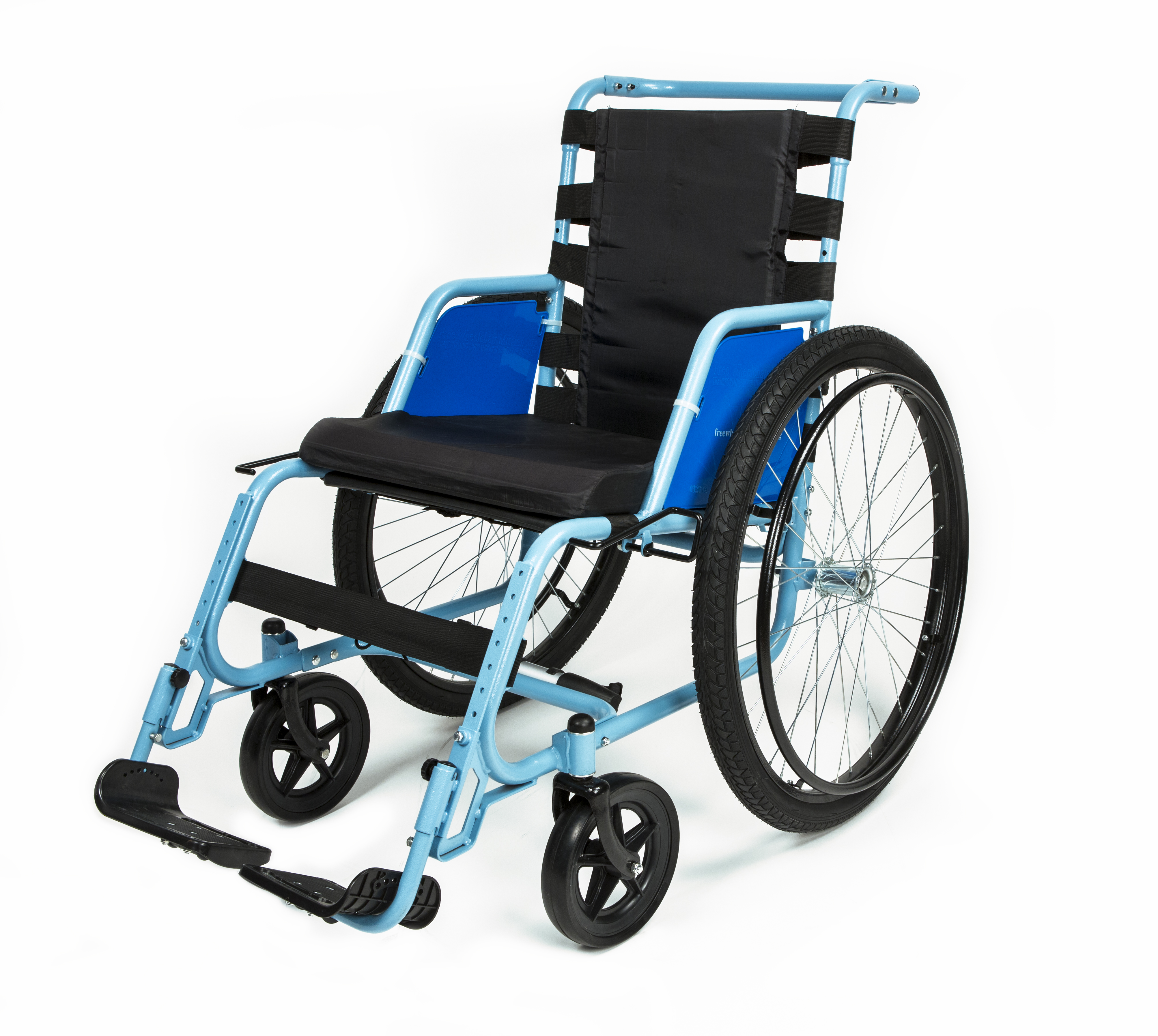 "It was a huge unmet need," he added, realizing that although wheelchairs in the U.S. tend to be quite complicated and very costly, he knew it was possible to come up with a durable, functional, and inexpensive wheelchair for someone in a developing country.

"Our society is so rich with capacity, technology, and opportunities that most of the world has never even dreamed of," he said.

Schoendorfer set off on this project while still working his full-time job, waking up at 4 a.m. to experiment with simple wheelchair designs in his garage, including models with lawn chairs and bicycle wheels. Soon he had 100 of them.

He donated his first chair during his church's mission trip to India. The group of mainly medical doctors were a bit skeptical of the logistics behind his intentions at first, but quickly became impressed with his determination to fly the wheelchairs to India and make his project work.

To the team's delight, one of the few wheelchairs he brought with him was immediately put to good use. The group encountered a boy with cerebral palsy, and Schoendorfer presented the wheelchair to his family, who had just taken turns carrying him for several miles in the blistering heat.

"There was no need for me to have a translator—I just smiled," Schoendorfer told The Low Down. "The mom put the child into the chair and he started to cool off and relax. She started to rock the chair back and forth on the rear wheels, was pushing it around and doing figure eights."

In what some could see as a sign, Schoendorfer returned from the successful trip to find the company he worked for had gone bankrupt. His fellow church parishioners encouraged him to start a nonprofit and turn his wheelchair passion into a full-time job. 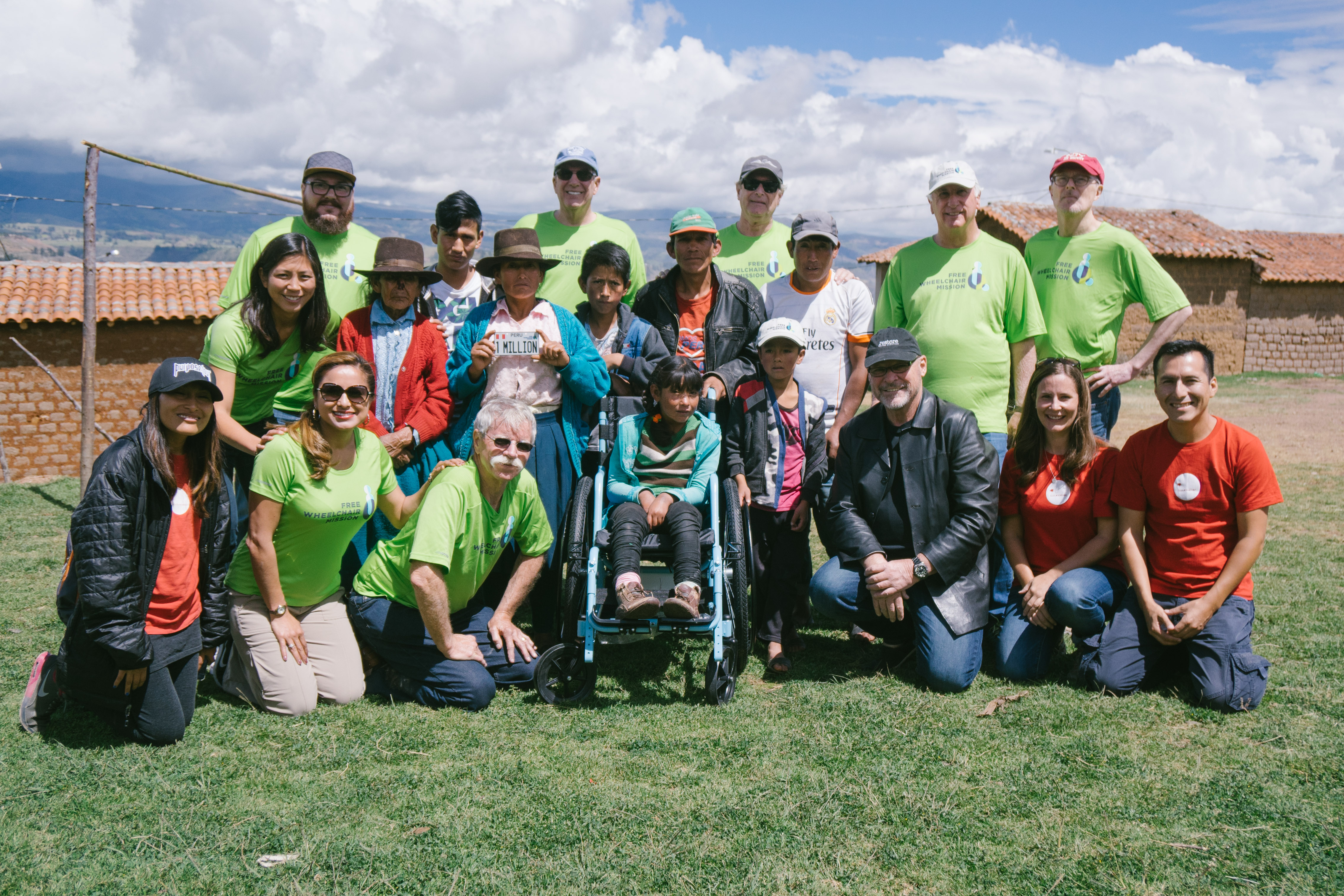 The rest is history: Free Wheelchair Mission just delivered its one millionth wheelchair to a young girl in Peru—a feat which was documented by PBS for its upcoming season of PBS Visionaries—and has made deliveries in 93 countries, but Schoendorfer is not stopping any time soon.

Visit the Free Wheelchair Mission website for more information and learn how you can support the organization. 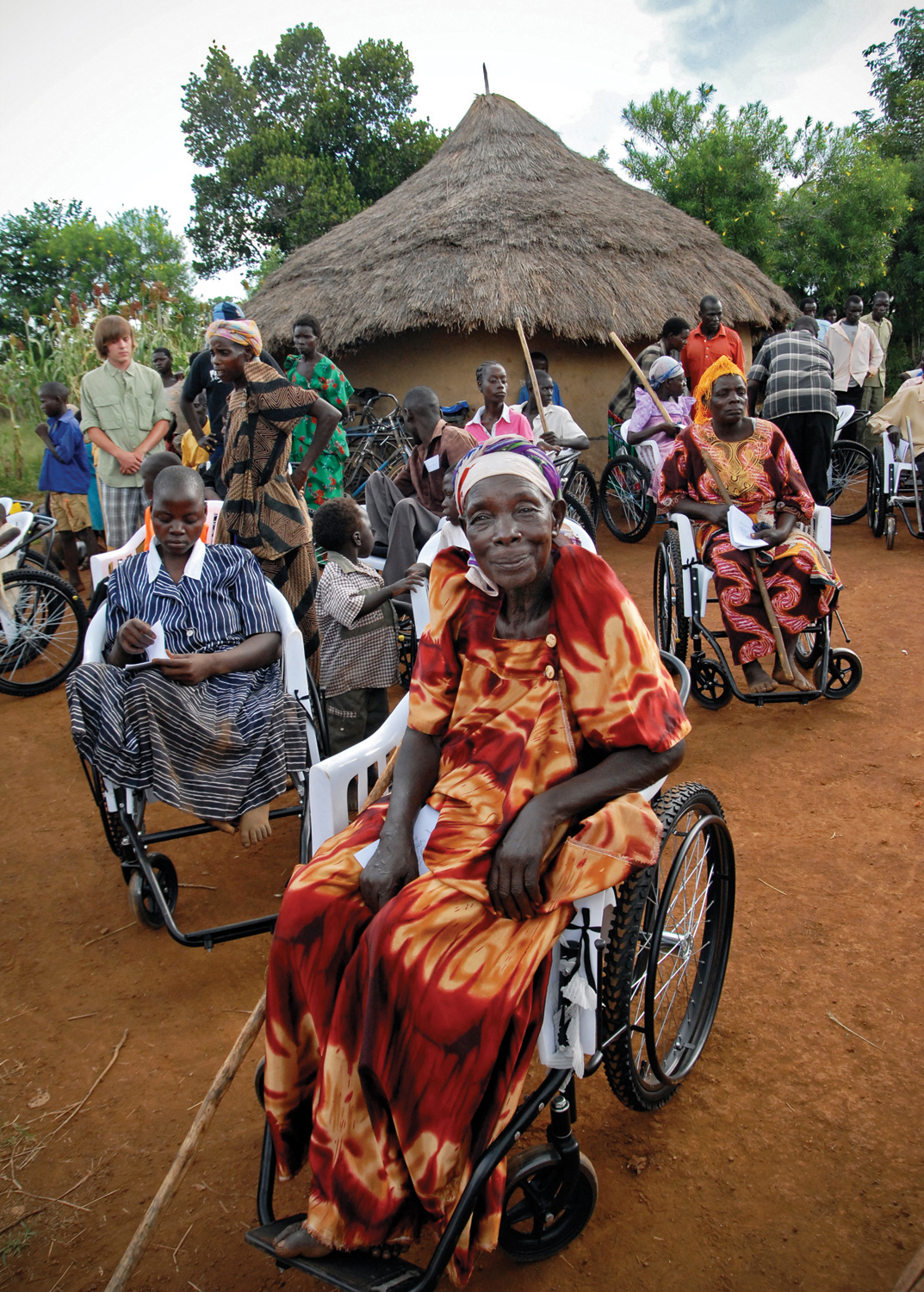