Who Is the Columbia Alumni Association in 2016?

Columbia is the fifth-oldest institution of higher learning in the United States, founded 22 years before the founding fathers (including Columbia alum Alexander Hamilton) signed the Constitution. The Columbia Alumni Association, in contrast, is the youngest among the Ivies, having celebrated its first decade in 2015.

This duality brings together something that is uniquely and utterly Columbian in nature—a sense of tradition, gravitas, and history paired with an innovative and contemporary spirit.

Take a look at today's Columbia alumni community by the numbers: 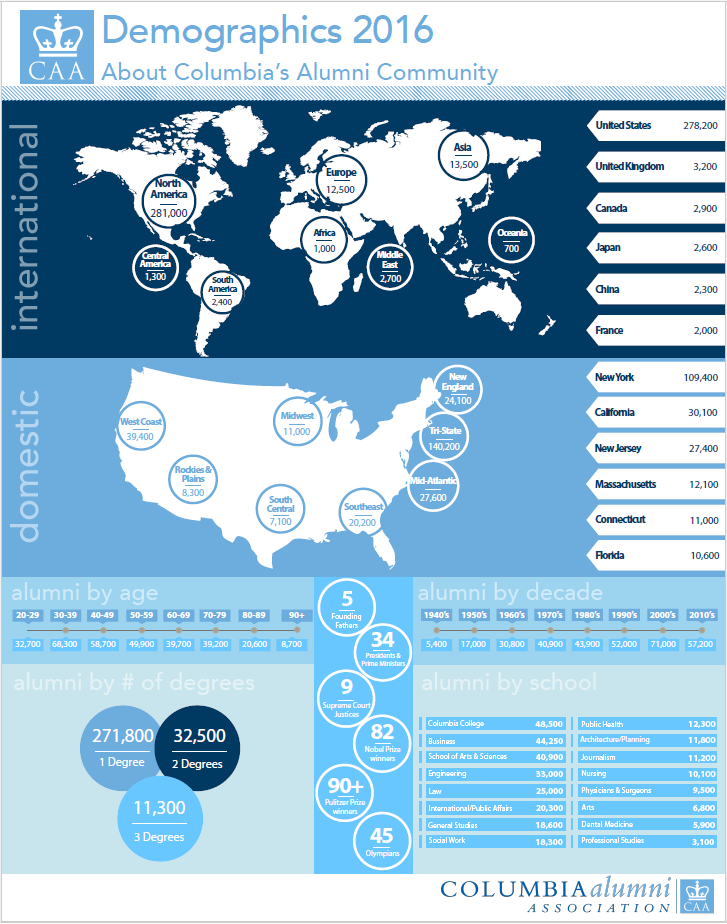 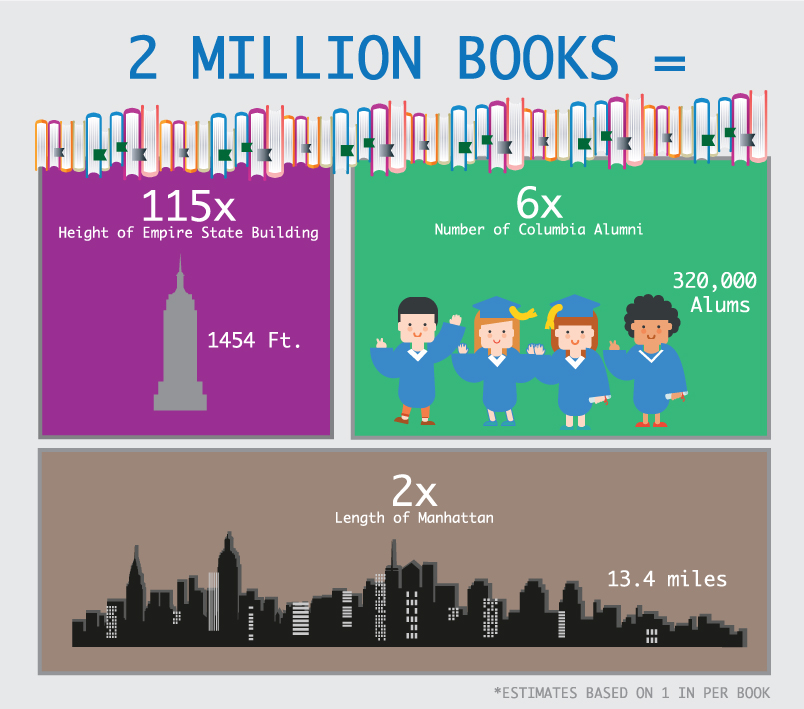 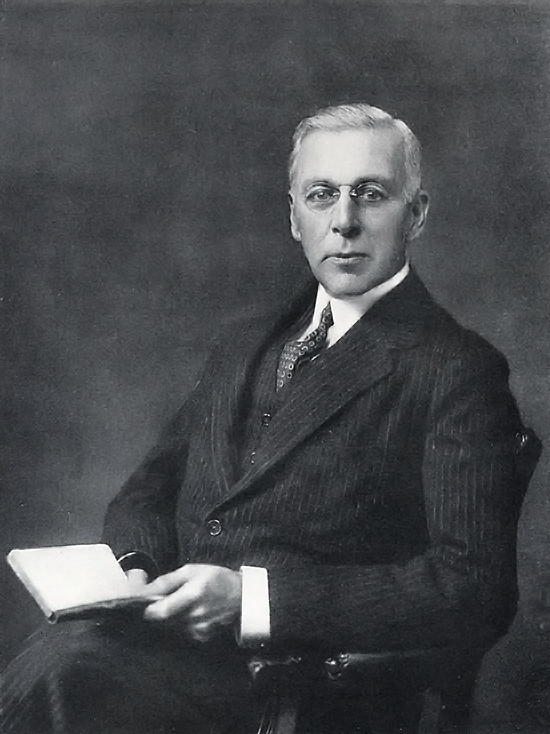 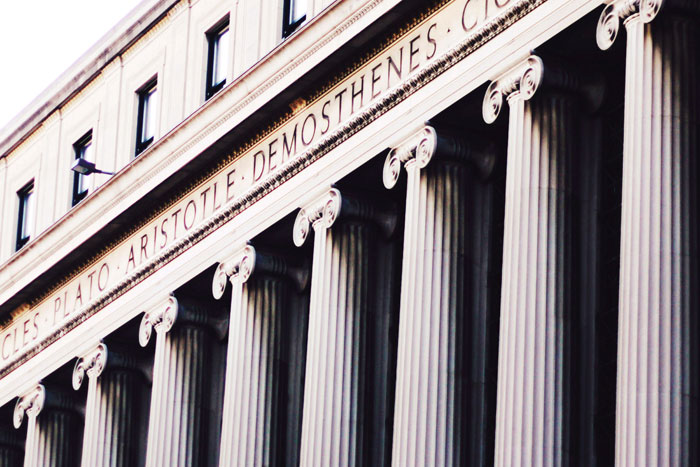 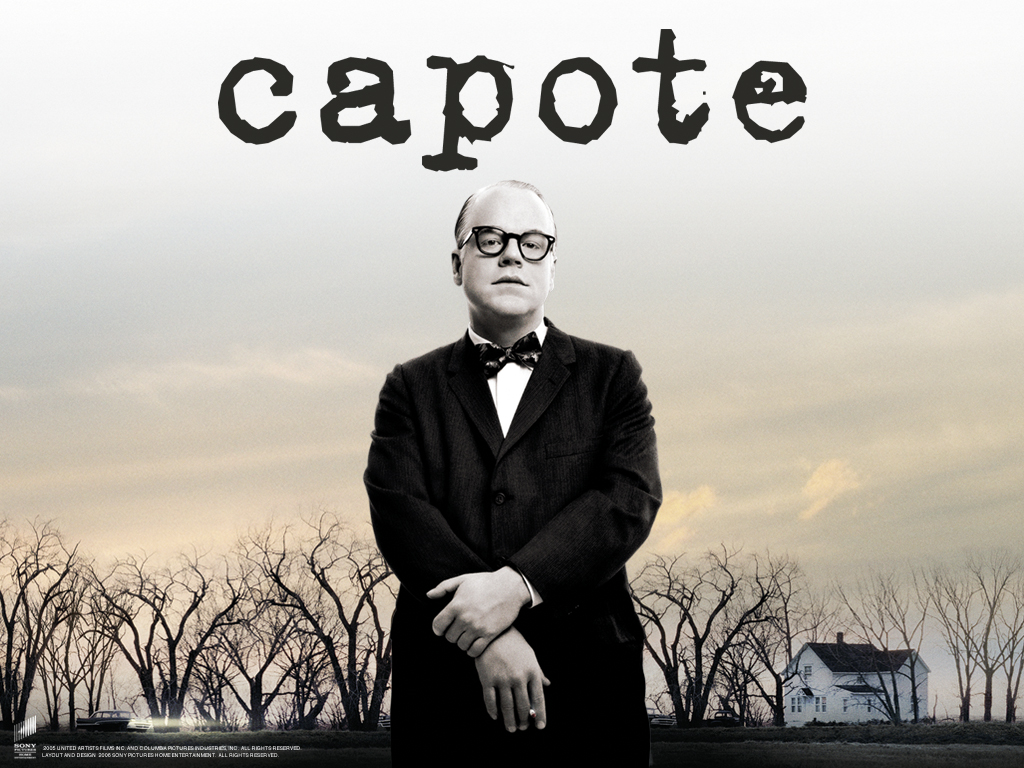 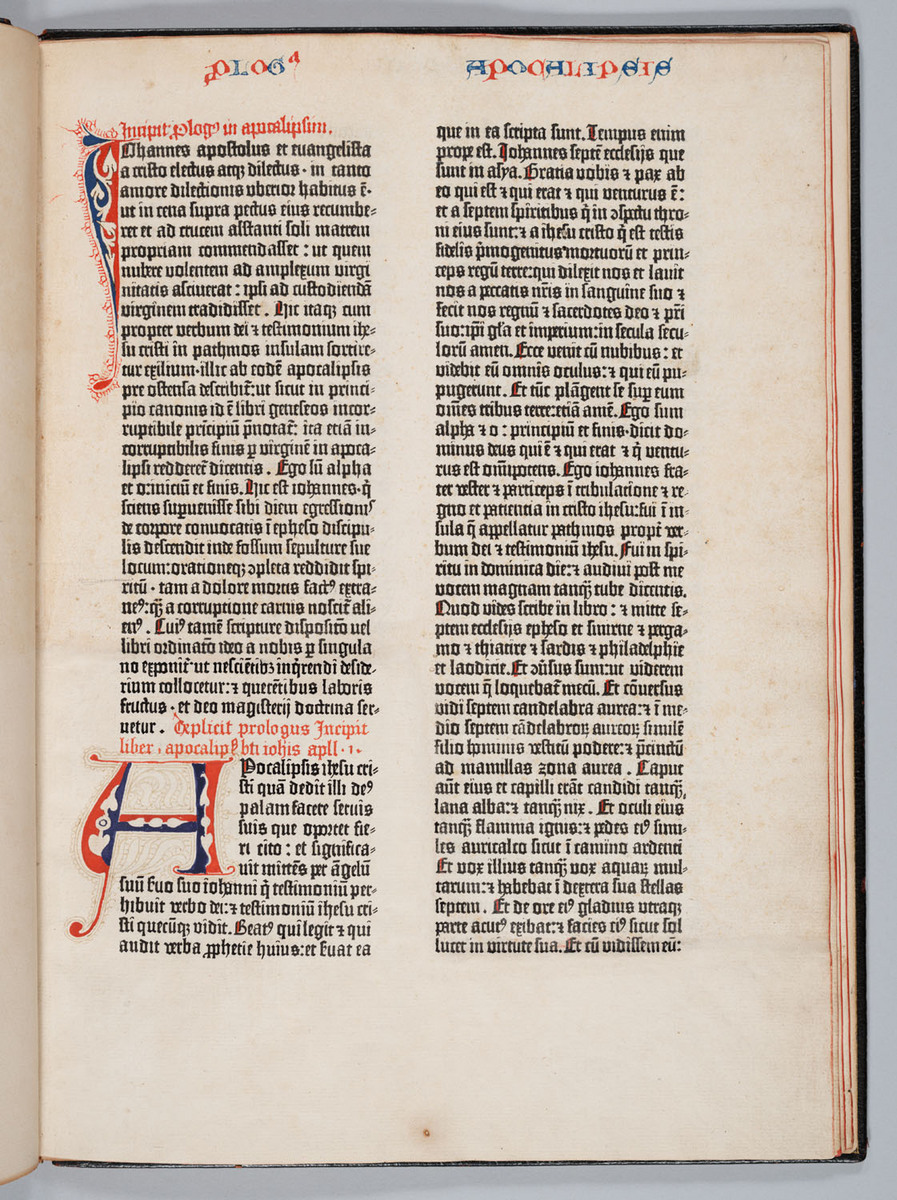 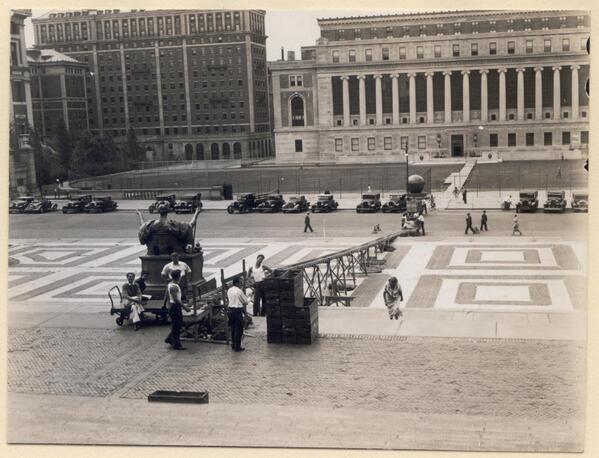 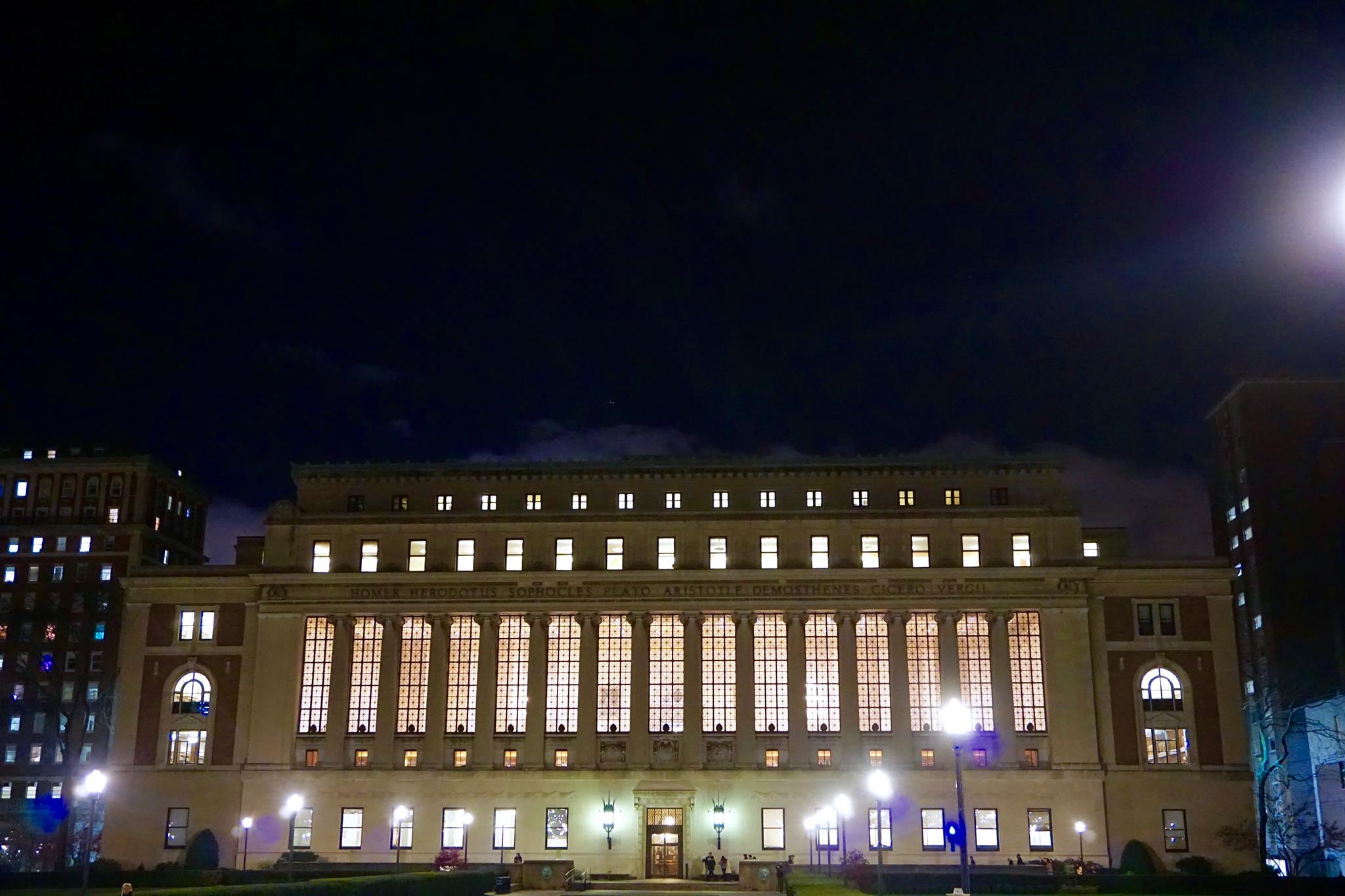 Columbia Resolutions: Strengthen your Relationship with the University in 2016

In the spirit of the new year, deepen your involvement with the Columbia alumni network.

Join a Regional Alumni Club to find Columbians in your area and connect with people who share your passions in a Shared Interest Group. January highlights include:

You can also become an alumni leader by giving back to the University with your expertise, time, or thoughts as a volunteer.

Many of our talented Columbia alumni leaders already have put these into practice. Read on for advice from CAA Board members on how to make the most of your relationship with the University.

Alumni Clubs' Year in Review: How Columbians Around the Globe Spent 2015

The Columbia Alumni Association (CAA) includes over 100 communities around the world connecting thousands each year -- a web of professional development and exclusive access to local culture -- creating Columbia in your backyard. Here are some of this year's highlights:

[November 16, 2015] -- Today, Columbia University President Lee C. Bollinger formally dedicated the Susan K. Feagin Welcome Center at the Columbia Alumni Center “in recognition of her extraordinary accomplishments and exemplary service to the University,” according to a special Trustee resolution.

“The defining characteristic of Susan’s extraordinary accomplishments lies in her deep capacity to draw people in and to work together to achieve seemingly unattainable goals.  Columbia, and higher education generally, have been the grateful beneficiaries of this remarkable ability,” said President Lee C. Bollinger.  “It is most appropriate that we celebrate her achievements here, in the house that Susan built.”

Susan Feagin ’74GS has had a distinguished career at Columbia, most recently as special advisor to President Bollinger. From 2003 to 2010, she served as the executive vice president for University development and alumni relations, during which time she brought together alumni, donors, and friends to achieve the largest fundraising effort in Ivy League history, the $6.1 billion Columbia Campaign.

It’s that time of year when we think about and celebrate the things we are thankful for, and there is no shortage of things to be thankful for when it comes to our 320,000+ alumni across the globe. With this selection of top 18 reasons we love our alumni worldwide, we thank you!

Tell us what you're thankful for with #LoveColumbia on social media.